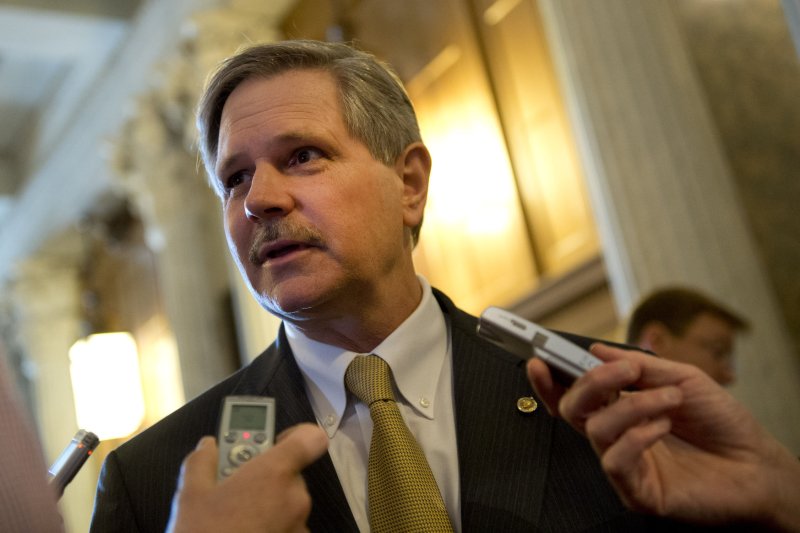 Sen. John Hoeven (R-ND) talks to reporters as walks to the Senate Chambers at the US Capitol in Washington, D.C. UPI/Kevin Dietsch | License Photo

A Keystone XL bill sponsored by Sens. Mary Landrieu, D-La., and John Hoeven, R-N.D., failed to get the 60 votes needed to pass in a late Tuesday vote. Maine Independent Sen. Angus King likely tipped the balance toward the nays.

"While I am frustrated that the president has refused to make a decision on the future of the pipeline, I don't believe that short-circuiting the process to circumvent his administration is in the best interest of the American people," he said ahead of the decisive vote.

The Landrieu-Hoeven measure, at least the second such effort this year, was seen by opponents of Keystone XL as a political move to boost the Louisiana senator's chances in a December runoff against Republican Rep. Bill Cassidy, whose identical House measure passed last week.

Sierra Club Executive Director Michael Brune said the Senate bill was a "big polluter-funded sideshow," adding the rally behind Landrieu's measure was "yet another meaningless push for Keystone XL."

Critics of previous Keystone XL measures in the Senate argued its backers had received substantial campaign contributions from the oil industry.

Hoeven said that, even if the measure had passed, it would've likely been met with a veto from President Barack Obama.

"I believe we will have the votes to pass the bill in January when a number of new Senators who support my legislation take office and the new Congress begins," he said in a statement Tuesday after the vote. "At that time, I will reintroduce the bill, possibly as part of a broader energy package or appropriations bill that the president will not want to veto."

The fate of the pipeline rests in part with a Nebraska court considering if the state's governor had the authority to determine the Keystone XL route through the state. Pipeline planner TransCanada had a route that was revised to avoid a key state drinking water aquifer sanctioned by Nebraska Gov. Dave Heineman.

"TransCanada's lobbyists shredded our state constitution, with the majority of our state senators paving the way, for a bill that landed them in the Supreme Court and left them without a legal route in Nebraska," her letter read.

McConnell in a statement issued after the vote said Senate Democrats were standing in the way of the pipeline and that would change with the new Congress.

"The Senate will act again on this important legislation, and I look forward to the new Republican majority taking up and passing the Keystone jobs bill early in the New Year," he said.

Jeff Rathke, a spokesman for the State Department, said the Keystone XL vetting process was thorough.

"This includes energy security; environmental, cultural, and economic impacts; foreign policy; and compliance with relevant law and policy," he said during a Tuesday press conference. "This is also being conducted in consultation with eight other federal agencies, so as you can imagine, it's quite a complex process."