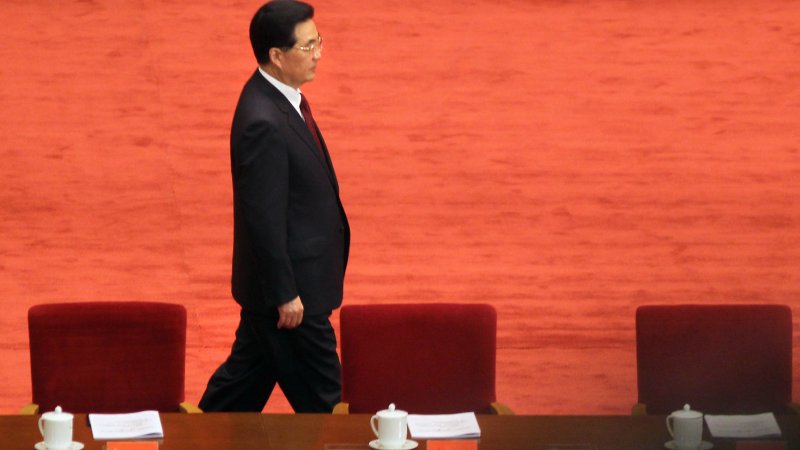 Chinese President Hu Jintao in the Great Hall of the People in Beijing on May 4, 2012. UPI/Stephen Shaver | License Photo

BEIJING, May 17 (UPI) -- The outcome of China's planned carbon emissions scheme could have a transforming effect on efforts to tackle climate change, experts say.

The government's goal is to introduce a national trading scheme by 2015, just two years after the seven pilot programs are scheduled to be in place.

"For us to finish this in two years is a huge amount of work," Mei Dewen, chief executive of the China Beijing Environmental Exchange told the Financial Times.

"A carbon trading market is a very complex system."

Because of China's size and rate of economic growth, the outcome of its pilot carbon trading schemes is "one of the most important questions of environmental policy of our time," states a Stockholm Environment Institute study published last month.

Just in the past six months, four economies have approved emissions schemes: Australia, South Korea, the Canadian province of Quebec and California, the only U.S. state to do so.

But the United States, the world's second biggest carbon polluter, has been reluctant to adopt an emissions scheme before its economic rival China.

"If the Chinese end up with a national scheme that is compatible with the EU's emissions trading system, it's game over for the rest of the world," Tim Yeo, a British Conservative Party MP who chairs the U.K. Parliament's energy committee, was quoted as saying by the Financial Times.

"Everyone will have to do it, including the U.S."

Australia's Climate Change Minster Greg Combet has said that once South Korea and China begin trading carbon, then there could eventually be an integrated Asia-Pacific system which could include Australia, New Zealand, California and parts of Canada.

The world's largest emitter of carbon dioxide, China accounts for almost 25 percent of global carbon pollution and about 50 percent of the annual increase of energy-related emissions forecast for the next 20 years.

Just before the 2009 Copenhagen, Denmark, climate change summit, China pledged to decrease its carbon intensity 40 to 45 percent below 2005 levels by the end of this decade, while switching to non-fossil fuels for about 15 percent of its energy.

However, a new study shows that China will fail to meet its carbon and energy intensity targets unless it makes significant changes to its electricity grid, which is more likely to connect to coal than to renewables.

"The most important thing in the world for meeting carbon goals is what China does in its overall energy policy in the next 10 years," William Chandler, lead author of the study and director of Energy Transition Research Institute in Maryland, told ClimateWire.