BANGKOK, April 25 (UPI) -- Protesters called for a halt to construction on the proposed $3.8 billion Xayaburi dam project on the Lower Mekong River in northern Laos.

Converging on the headquarters of Thai construction company Ch. Karnchang's annual shareholders meeting Tuesday in Bangkok, civil society groups and community representatives from villages along the Mekong said the company is defying a Mekong River Commission's ruling made last December.

MRC -- comprised of Laos, Thailand, Vietnam and Cambodia -- is the core body through which the four countries negotiate and discuss trans-boundary effects of management of their shared river. The December ruling called for the Xayaburi project to be delayed until a comprehensive environmental impact study can more properly identify potential risks.

At issue with the protesters is Ch. Karnchang's announcement last week to the Thai Stock Exchange that it had signed a $711 million construction contract with the Xayaburi Power Co. for the 1,260-megawatt hydro project, which is opposed by environmentalists and villagers.

The Bangkok Post reports that 3,000 residents at the construction site have already been relocated.

Plew Trivisvavet, chief executive officer of Ch. Karnchang, speaking at the shareholder's meeting, said the Xayaburi dam project is vital for the future success of the company, The Nation newspaper reports. He said he expects the company will earn a return of 10 percent on its investment in the project.

The longest river in Southeast Asia, the Mekong stretches 3,000 miles to the South China Sea and is home to more than 700 species of freshwater fish, including the endangered Mekong catfish. The Lower Mekong supports nearly 60 million people who depend on it for their livelihood, says the World Wildlife Fund.

Laos should look beyond the short-term benefits of the dam, says International Rivers, a California-based water rights group.

"This project may generate some money for the government but in the long-term the government should look at possible serious impacts to the Mekong River and the whole region," Pianporn Deetes, a coordinator for the organization, told Radio Free Asia.

"In addition, the dam will create a conflict in the region. The government should think about the people and their children, who will have to move to new villages where not much land will be available for them to cultivate."

Following Ch. Karnchang's announcement last week, Cambodia threatened to take Laos to court if it allows the company to continue with construction of the Xayaburi without regional consensus.

"There must be a discussion before Laos can proceed with the construction. If Laos has decided unilaterally, then according to law, we can file a complaint to an international court," said Sin Niny, permanent vice chairman of Cambodia's National Mekong Committee. 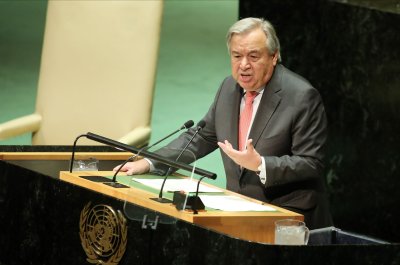