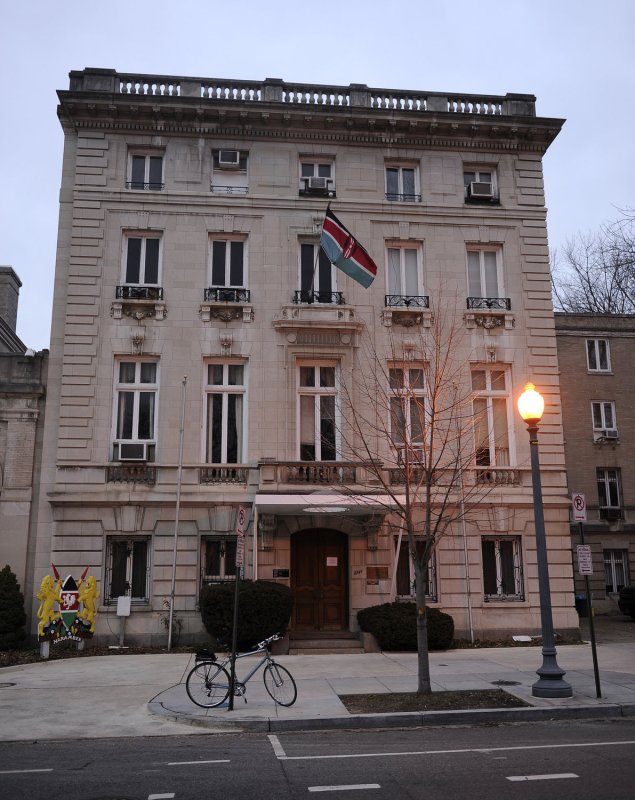 The Embassy of the Republic of Kenya Chancery is seen in Washington on February 20, 2011. UPI/Roger L. Wollenberg | License Photo

Environmental conservation and climate change regulation took center stage this week at the 66th meeting of the U.N. General Assembly.

Kenyan President Mwai Kibaki, during his address before the General Assembly, said droughts in the Horn of Africa were emblematic of the broad environmental challenges facing the international community.

"The scale of climate change and environmental degradation calls for sustained action," he said. "In this regard, Kenya hopes that the (climate change) meeting in Durban, (South Africa), will deliver on African expectations in the form of support of adaptation measures."

Last week, the U.N. Environment Program, in coordination with a coalition of financial institutes, urged world leaders at the upcoming climate conference in Durban to include measures to finance the Reducing Emissions from Deforestation and Forest Degradation framework on reducing deforestation and forest degradation.

U.S. President Barack Obama, during his U.N. address, said all major economies must follow through on their commitments to protect the environment.

"To preserve our planet, we must not put off action that climate change demands," he said in his remarks.