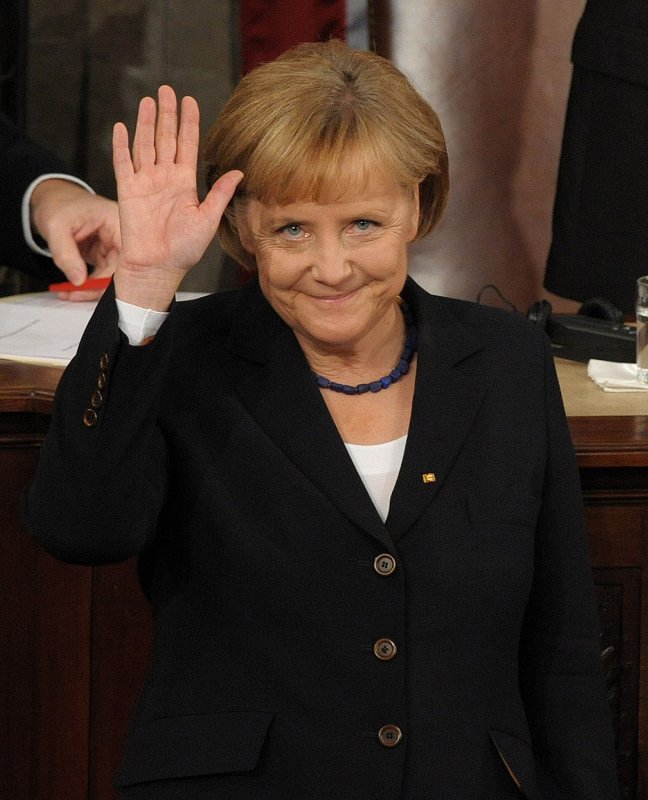 Wearing a shiny blue blazer, Merkel, flanked by a state senator and the head of German utility EnBW, pushed a button to officially launch Baltic 1, a 50-megawatt wind farm of 21 Siemens turbines that produce power for around 50,000 households.

Located around 10 miles north of the Darss Peninsula in the Baltic Sea, the farm is operated by EnBW and is to be the first of many commercial wind farms off the German coastlines.

"We're in uncharted territory with the offshore technology, so let us learn together," Merkel, who had flown over the farm in a helicopter, was quoted as saying by her spokesman Steffen Seibert.

"Onshore, Germany was a pioneer in wind power and now it's important to tap rapidly the huge offshore potential," Umlauft said in a statement.

Wind power is to play a major role in the German energy mix of the future, German Environment Minister Norbert Roettgen said in March, following Germany's decision to drop nuclear power as soon as possible because of the fallout.

In a bid to become less dependent on coal, gas and nuclear, Germany plans to have 10,000 MW of offshore wind power capacity installed by 2020.

If Germany wants to reach that target it has to hurry: Baltic 1 is the third offshore wind farm after Alpha Ventus and Bard Offshore, both smaller test farms.

The Financial Times Germany newspaper says dozens of new offshore farms have been green-lighted by authorities but their construction has been delayed.

Observers say the rough conditions in the Baltic and North Sea have put off companies. It's also hard to get loans for building a major wind farm, which can cost as much as $2 billion.

Eager to speed up the development, Berlin plans to unlock more than $7.4 billion in loans to help finance the first 10 offshore wind farms.

EnBW, meanwhile, is charging ahead. The company's chief executive officer, Hans-Peter Villis, said Monday that the company's plans for Baltic 2, a 288 MW wind farm -- so nearly six times larger than Baltic 1 -- are advancing.

"The contracts have been awarded, planning is ongoing and construction is expected to start next year," he said in a statement.