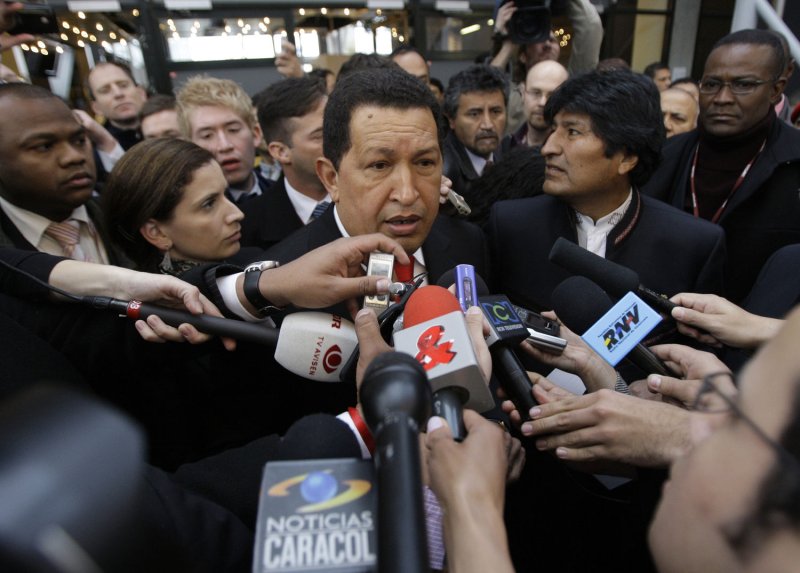 CARACAS, Venezuela, March 23 (UPI) -- With no substantial rain in sight, the electricity crisis hitting Venezuela is creating an opening for political opposition to President Hugo Chavez.

Dozens of companies were slapped Monday with a 24-hour cut to their electricity for failing to meet a government plan enacted in February by Chavez.

Chavez declared a national emergency in February as water levels in reservoirs for hydroelectric dams dropped to critical levels. The rainy season in Venezuela doesn't start till May, leaving more than 30 percent of the country at risk of lingering blackouts.

Venezuela gets more than 70 percent of its energy from hydroelectric power. Economists, the Financial Times reports, are expecting the energy crisis to spill over to the national economy, which saw a 3.3 percent drop in gross domestic product in 2009.

The weather pattern El Nino was blamed for a 2009 drought, though underfunding for the electrical grid is complicating matters during the current energy crisis.

Chavez said he would add 6 gigawatts of thermoelectric energy to the national grid in 2010 but political capital for the fiery leader is diminishing.

The Financial Times puts his popularity at near-historic lows, giving his opponents room to grow ahead of national elections in September.