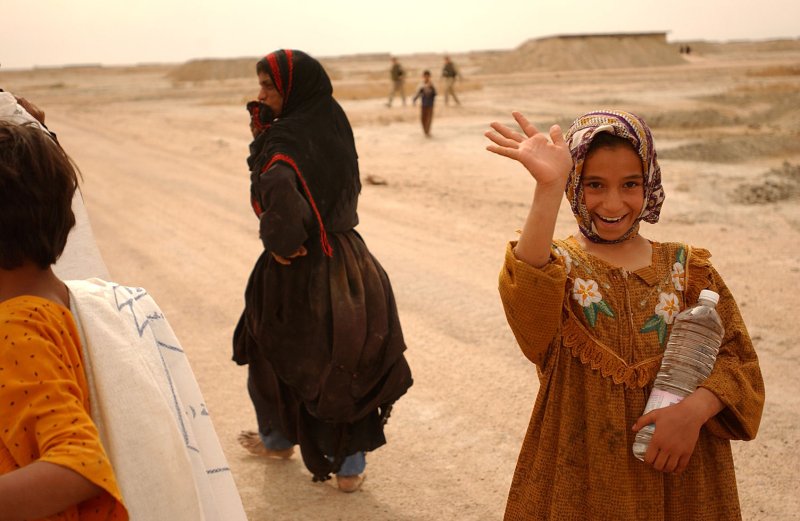 BAGHDAD, Sept. 23 (UPI) -- Iraq's water crisis is getting worse by the day, adding to the political uncertainty sweeping the country ahead of potentially incendiary parliamentary elections in January.

On top of the cutbacks in the water flow of the life-giving Tigris and Euphrates rivers by Turkey, Iraq's parched south is now threatened by encroaching tidal waters from the Gulf that are poisoning vital farmland, the result of climate change.

On Sept. 19, government spokesman Ali al-Dabbagh said that Ankara had agreed to increase the Euphrates flow to between 450 and 500 cubic meters per second until Oct. 20, after which Baghdad would have to negotiate a new deal.

But it will take much more than that to help the Iraqis, who are suffering one of the country's worst droughts in living memory.

Apart from the land around the two great rivers that rise in Turkey's Anatolia region, Iraq is largely desert. These days, its arable land is steadily drying up. Poor rains have damaged farmland even further.

Crop yields are so bad that a country once so fertile and known in antiquity as Mesopotamia – "the land between the rivers" – is now one of the largest importers of wheat in the world.

There is deepening distrust of Ankara in Iraq. The government of Prime Minister Nouri al-Maliki says that Turkey has twice reneged on promises to increase the flow rate of the Euphrates, which also runs through Syria, Iraq's northwestern neighbor.

Baghdad believes that the Syrians too are reducing the Euphrates flow. Damascus denies that, but since Maliki accused Syria of harboring the masterminds of devastating suicide bombings in the capital in August, Baghdad is not likely to get much support from Syria on the water issue.

Turkey has drastically reduced the flow of the two rivers since 2002 because of its ambitious plan to build 22 dams and hydroelectric power plants to develop its impoverished southeast.

So it was something of a surprise when Ankara made a bid to mediate between Baghdad and Damascus in late August as part of Turkey's assertive new foreign policy aimed at establishing itself as a regional leader.

So far, the Turks have made no discernible progress on resolving the political dispute between Syria and Iraq, and the worsening water crisis is raising hackles even further.

The crisis has been worsened by Iranian dam-building to the east, cutting the flow of rivers such as the Karoun, which flows into the Shattt al-Arab, the waterway formed by the confluence of the Euphrates and Tigris at Qurna in southern Iraq.

Water has historically been a cause of friction in the largely arid Middle East and there have been concerns that conflict could erupt between Turkey and its riparian neighbors to the south.

This has not happened, even though Turkey and Syria went to the brink of war in 1998 over Syria's harboring of Kurdish separatist leaders.

But Mustafa Kibargolu, of the Department of International Relations at Ankara's Bilkent University, cautioned in a recent analysis: "The fact that any confrontation or high tension stemming from the unsatisfied demands of parties over the use of water has not been seen yet in the region should not mislead observers into thinking that this is unlikely.

"Unless some old policies are purged and new ones introduced, it remains a real possibility."

The catastrophe that seems to be overtaking southern Iraq is likely to increase Baghdad's ire as the water crisis continues to grow.

Sea water from the northern Gulf is steadily moving up the Shatt al-Arab, where salination has been kept in check by the fresh water flowing downstream from the Euphrates and the Tigris.

Earlier this month, 2,000 people from fishing villages along the lower reaches of the Shatt abandoned their homes. In August, 3,000 moved out.

Iraq's dams are at about 10 percent capacity these days and hydroelectric power stations have seriously reduced output as turbines stalled because of low water volumes.