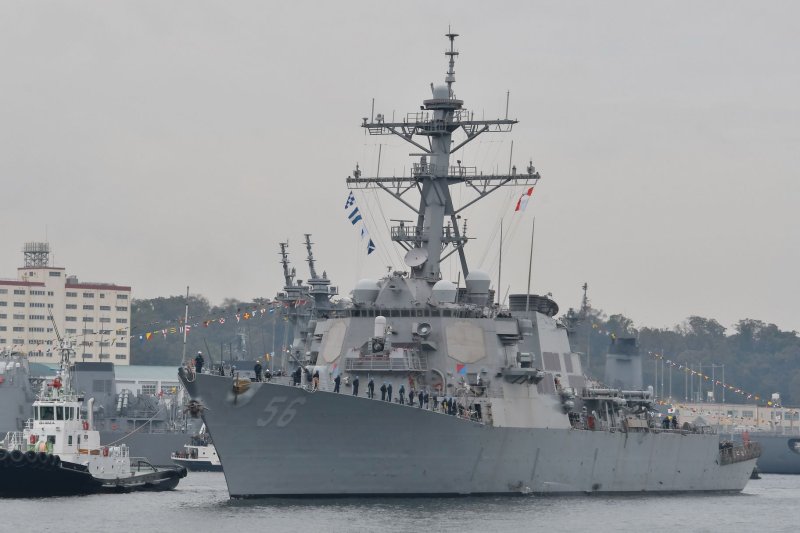 Since the Arleigh Burke-class guided-missile destroyer arrived in the region in the summer of 1997, it has operated independently and with carrier strike groups in the region.

While forward-deployed to Fleet Activities Yokosuka, the USS John S. McCain has supported joint and multinational exercises and military operations, including troop surges in Iraq.

It also had a role in humanitarian missions, such as providing relief after the Tohoku earthquake and tsunami in 2011.

"It is definitely a changing of the guard with USS John S. McCain and her crew departing the 7th Fleet after over 24 years in Japan," Capt. Chase Sargeant, Commander, Task Force 71/Destroyer Squadron 15, said in a Friday press release.

"The contributions of the current and all previous crews in defending peace and stability in the Indo-Pacific cannot be overstated, and the entire forward-deployed fleet wishes John S. McCain fair winds as she transfers to her new homeport of Everett, Washington," Sargeant said.

In 2017, the ship collided with a chemical tanker off the coast of Singapore resulting in the deaths of 10 sailors. Two years later, it returned to sea after receiving upgrades and repairs.

More recently, the USS John S. McCain has several times traveled through the Taiwan Strait, a routine exercise that the U.S. says is part of its commitment to a "free and open" Indo-Pacific Ocean.

During its most recent seven-month deployment, the USS John S. McCain participated in the annual multinational exercise MALABAR.

The USS John S. McCain will join the U.S. 3rd Fleet, which leads naval forces in the Indo-Pacific.