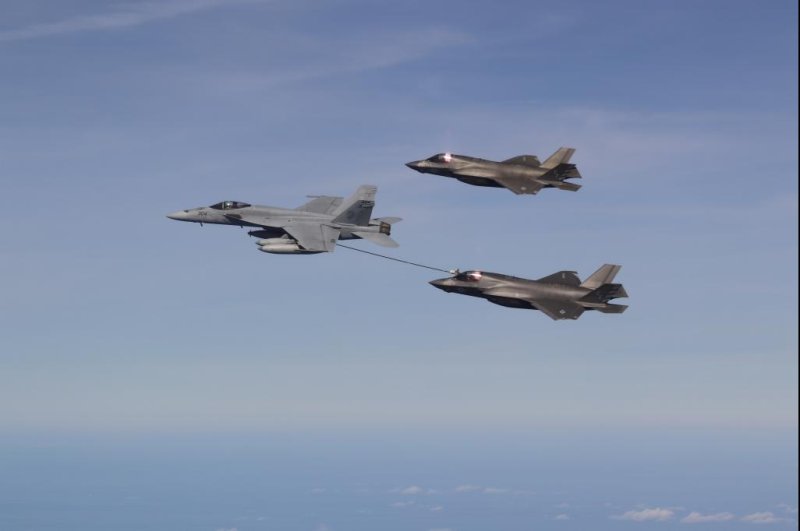 The two strike groups completed the joint interoperability flights in the U.S. Navy's 7th Fleet on Aug. 26. During the flights, the aircraft conducted missions intended to validate joint integration techniques and procedures, such as mid-air refueling.

Capt. Tommy Locke, commander of the Carrier Air Wing Two, said in a statement that the exercises combined the fight generation capabilities of a joint strike fighter aircraft from two services and a partner nation with the capabilities of the entire air wing.

He said the exercise demonstrated the value of having agile fifth-generation maritime power in the Indo-Pacific region.

The training was also the first time the U.K. Carrier Strike Group 21 engaged with the F-35 "C" model assigned to Carrier Air Wing Two. Previously, Britain's two F-35B squadrons had been deployed together with the HMS Queen Elizabeth.