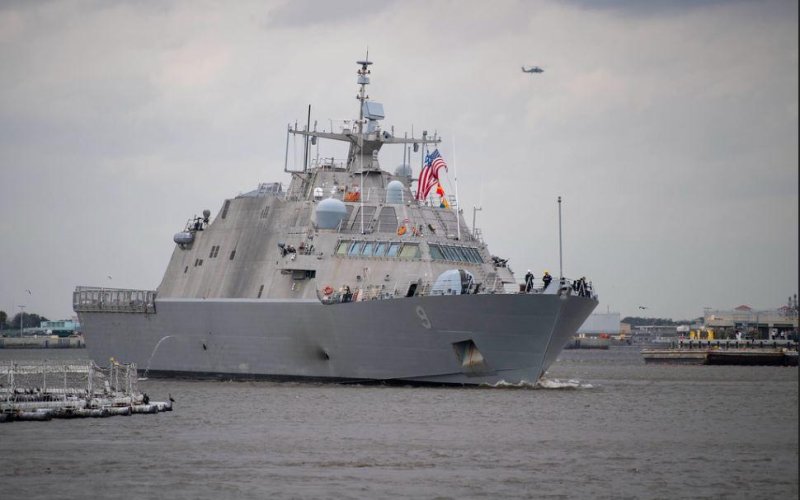 "We've been working a lot of issues on LCS," said Vice Adm. Roy Kitchener, in a telephone conference on Monday. "One of the biggest factors we've seen [is] the downtime that was created [by] unreliable parts or parts on critical systems that were failing."

Littoral combat ships are heavily armed and suited for shallow-water conditions. They are designed to be fast and agile, and are built in two variants.

The Freedom class is notorious for transmission failures caused by ineffective engineering of combining gears, which connect engines.

Three ships in the class -- the USS Milwaukee, the USS Fort Worth and the initial USS Freedom -- have experienced breakdowns leaving them unusable. In January the Navy stopped accepting new ships until a fix is found.

The other variant, the Independence class, has seen breakdowns at sea of the USS Montgomery and the USS Coronado.

Kitchener cited 32 "key reliability issues" across the 23 ships of both platforms, largely concentrated on failures in water-jet propulsion systems and power plants, including engines, engine mounts and fuel lines.

Each ship has four engines, two diesel-powered and two gas turbines, which must work in unison.

While the Navy intends to purchase 13 more LCS vessels, it hopes to decommission several, including the USS Detroit, which entered the fleet in 2016, and the USS Little Rock, commissioned in 2017. Each has experienced propulsion problems.

The task force addressed reliability, sustainability, lethality and force generation of the ships, and determined which improvements would have "the biggest impact with the biggest return on investment," Kitchener said.

A Government Accountability Office report in April noted that the Navy's maintenance program for its littoral combat ships includes the cost of significant unplanned work.

It cited a lack of "sufficient manufacturer technical data" to maintain systems aboard the vessels, requiring extra coordination and longer maintenance periods.

USS Mobile to be commissioned on Saturday

12 siblings in Spain break world record with combined age of over 1,058 years

NFL looks into filming of Dolphins' practice in Cincinnati