Troop withdrawal from Afghanistan 'ahead of schedule,' Austin says 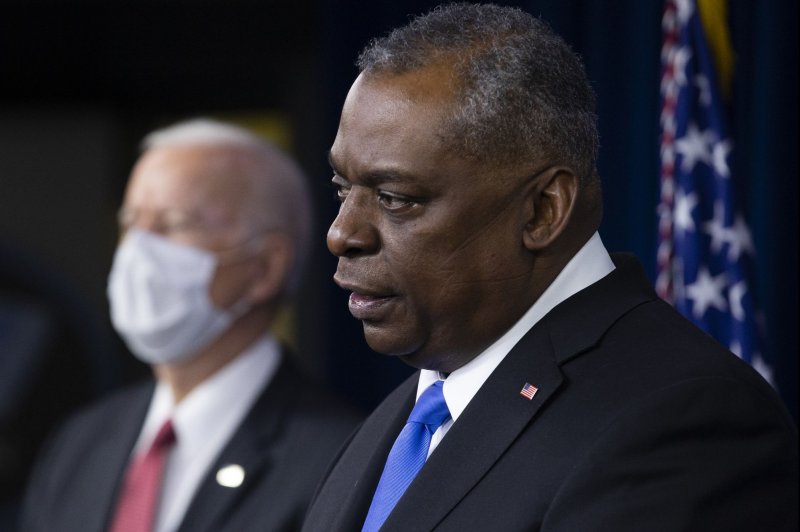 Secretary of Defense Lloyd Austin (right) delivers remarks beside President Joe Biden to Department of Defense personnel, at the Pentagon in Arlington, Va., Feb. 10, told lawmakers Tuesday that the United States' withdrawal from Afghanistan is ahead of schedule. File photo by Michael Reynolds/UPI | License Photo

May 27 (UPI) -- Defense Secretary Lloyd Austin told lawmakers Thursday that the U.S. withdrawal from Afghanistan is running slightly ahead of schedule.

"I can report to you today that the retrograde is proceeding on pace, indeed slightly ahead of it," Austin told the House Appropriations subcommittee on defense before a hearing on the $715 billion Pentagon budget being released Friday.

He did not offer further detail on the drawdown, but his announcement echoed a report a report from the Pentagon Tuesday that the drawdown is "somewhere between 16% and 25% complete."

"Our relationship with Afghan National Defense and Security Forces will continue, but it will continue in a different way."

In mid-April President Joe Biden announced plans to withdraw all U.S. troops from Afghanistan by Sept. 11, the 20th anniversary of the terrorist attacks that sparked the war, and the drawdown began later that month.