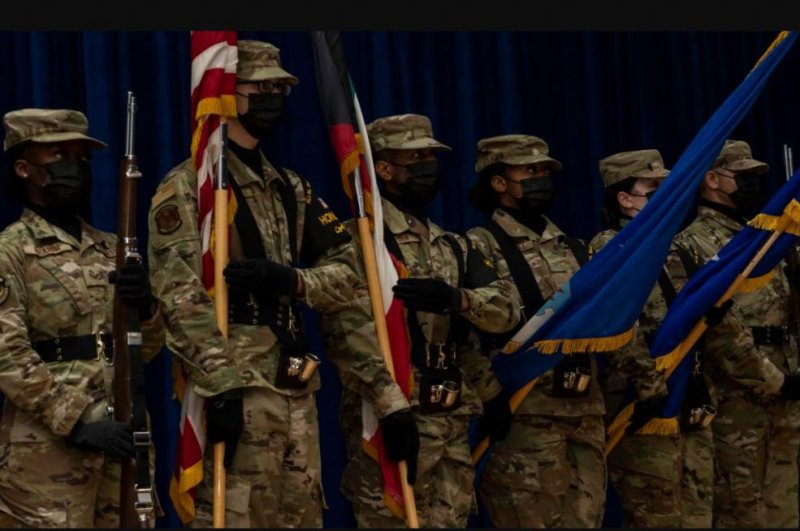 The ceremony on Thursday ended the involvement of the task force in the air campaign against Islamic State forces in Iraq and Afghanistan, with NATO and other allied partners.

Duties of the task force will continue, however, as portions of Air Force support to the Combined Joint Task Force-Operation Inherent Resolve campaign will be realigned under the 386thAir Expeditionary Wing.

"They have done a phenomenal job ensuring air power's daily contribution to this effort, and though we are honoring the inactivation of this organization today, AFCENT remains fully committed to continuing to support our OIR partners," Koscheski said.

The task force included approximately 5,000 airmen across the Middle East, assigned to the 321st, 332nd and 386th Air Expeditionary Wings.

The 9 AETF-L was established in 2015 by Air Forces Central Command to "provide a coherent presentation of airpower" for CJTF-OIR a 2020 Air Force statement said. It was charged to deliver precision intelligence, surveillance, and reconnaissance, strike, mobility, combat support and air advising capabilities in defeating IS.

By its end, the task force was responsible for the liberation of eight million people and nearly 42,500 square miles of territory, the Air Force announcement on Friday said.

"While we close this organization and transfer duties, it may seem sad but in reality, this is what winning looks like," said Chief Master Sgt. James Fitch, 9 AETF-L command chief. "We would not be here today without the amazing effort of thousands of airmen over the past six years."