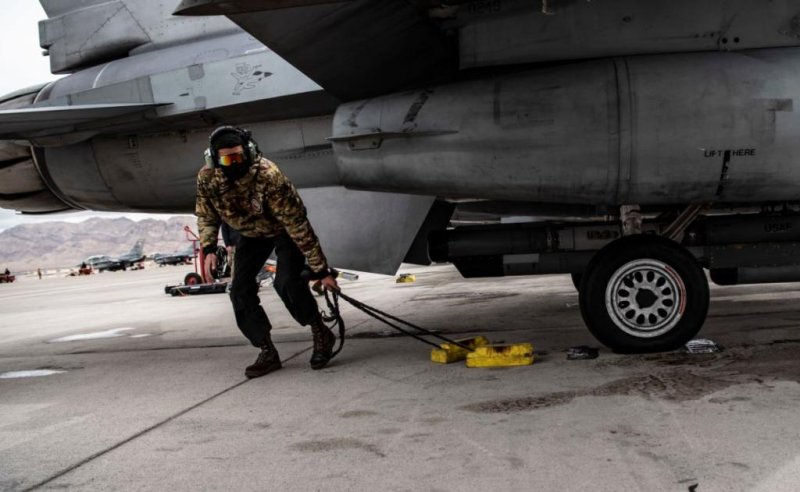 The U.S. Air Force is pairing maintenance and operations personnel in an effort to improve efficiency and readiness, it announced on Friday. Photo by SSgt. Destinee Sweeney/U.S. Air Force

The Combat Oriented Maintenance Organization, attempted first at Shaw Air Force Base, S.C., in 2020, reduces the maintenance organizational structure, among other benefits, officials said Friday in a press release.

The fighter generation squadron is paired with a complementary fighter squadron of planes and pilots, and the two units work collaboratively in garrison and deployments, according to the release.

The 20th Aircraft Maintenance Squadron at Shaw Air Force Base was divided into three fighter generation squadrons, each aligned to support of fighter squadron, at the end of February.

The pairing of fighter squadrons with dedicated fighter generation squadrons is also designed to foster unity of effort between maintenance and operations groups.

It is one of several reorganizations recently tried by the Air Force at the air wing level, according to officials.

"After gathering what we've learned from this season of experimentation, we are now moving forward into a season of standardization," Maj. Gen. Tom Miller, ACC director of logistics, engineering and force protection, said Friday.

"The COMO structure allows fighter wings to prepare for rapid deployments and to disaggregate and reaggregate as needed by the Combined Forces Air Component Commander."

The rest will move to the model by the summer of 2022.