Dec. 17 (UPI) -- The Navy, Marine Corps and Coast Guard will continue to focus on China and Russia "due to their increasing maritime aggressiveness," according to a new tri-service maritime strategy Thursday.

The strategy document, titled "Advantage at Sea," directs the three services to deepen integration, aggressively modernize and continue cooperating with allies and partners.

"Our integrated Navy, Marine Corps, and Coast Guard must maintain clear-eyed resolve to compete with, deter, and, if necessary, defeat our adversaries while we accelerate development of a modernized, integrated all-domain naval force for the future," said the forward.

RELATED China shows off tanks in simulated battle for Taiwan

The document argues that China's and Russia's "aggressive naval growth and modernization," as well as their "revisionist approaches in the maritime environment" threaten the interests of the United States and partners and allies, and are eroding U.S. military advantages.

Throughout this year the United States and allied countries have continued to send ships -- including the USS Ronald Reagan in October -- to the South China Sea to signal that the waters should remain international, a claim top diplomats have stressed repeatedly but which China has contested.

Tensions have also increased in regard to maritime claims near Russia.

In November, Russia's defense ministry said it caught the destroyer USS John McCain in the Sea of Japan -- conducting what the Navy described as a freedom of navigation operation -- and chased the vessel off.

"As Sailors, we are on the leading edge of Great Power Competition each and every day," Gilday said in a Navy press release.

"Sea control, power projection and the capability to dominate the oceans must be our primary focus. Our forces must be ready today, and ready tomorrow, to defend our nation's interests against potential adversaries at any time. This strategy helps us do exactly that," Gilday said. 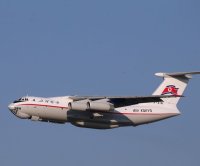 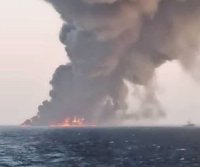