Ship sponsor Lolita Zinke, L, welds her initials into the keel of the future USS Santa Barbara in a ceremony on Tuesday at the Austal USA shipyard in Mobile, Ala. Photo courtesy of U.S. Navy Sea Systems Command

Oct. 30 (UPI) -- The keel of the future Independence-class littoral combat ship USS Santa Barbara was ceremonially laid at the Austal USA shipyard in Mobile, Ala., this week.

Work on the ship, currently designated as LCS 32, formally began with ship sponsor Lolita Zinke applying her initials to the keel with an arc welder on Tuesday.

Attendance at the brief ceremony, called an authentication, was limited due to the COVID-19 pandemic.

"Through this new warship and the name she bears, we honor a city that represents the very best of the American spirit," said Capt. Mike Taylor, Navy LCS program manager.

"We set forth the Santa Barbara armed with the most adaptive and effective capabilities, designed to defend the United States," Taylor said.

LCS ships are designed for maneuverability in shallow water and on the high seas, and support mine countermeasures, anti-submarine and surface warfare missions.

Earlier this month, future USS Mobile finished its acceptance trials, the third Austal-built LCS to achieve the milestone in 2020.

The company is the prime contractor for Independence-class variants, and has the future USS Savannah, USS Canberra and USS Augusta under construction.

Defense News // 21 hours ago
U.S. plans to continue Afghanistan airstrikes if Taliban attacks don't stop
July 27 (UPI) -- The commander of U.S. Central Command on Tuesday said airstrikes in Afghanistan would continue as long as Afghan forces are being attacked by the Taliban as the U.S. military pulls out of the country.

Defense News // 22 hours ago
USS Ross completes 11th patrol, returns to Naval Station Rota in Spain
July 27 (UPI) -- The USS Ross has ended its 11th patrol in the 6th Fleet area of operations and has returned to port in Rota, Spain, the U.S. Navy announced on Tuesday. 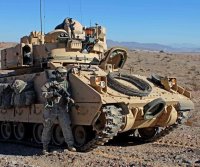 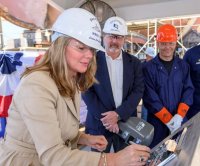 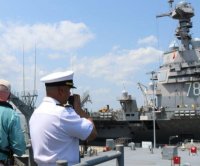