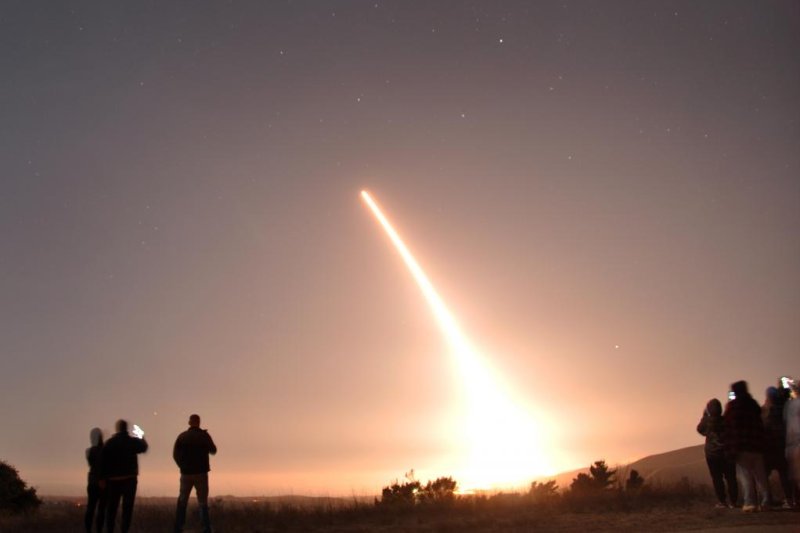 The launch, which took place at 12:27 a.m. Pacific time, was a test of the missile's accuracy and reliability, according to the Air Force.

The missile traveled about 4,200 miles to the Kwajalein Atoll in the Marshall Islands.

In addition to serving as a demonstration of the Air Force's nuclear launch capability to adversaries and assurance of the capability for allies, Quigley said the test launches "help validate our models of the Minuteman III fleet to ensure the ICBMs continue to meet stringent nuclear launch requirements."

The Minuteman III missile fleet was fielded in the 1970s and is marking its 50th anniversary this year. The fleet's launch infrastructure system is now spread across five states and 400 missiles.

Calling it the "most responsive leg" of the U.S. nuclear triad, Air Froce Chief of Staff Gen. Charles Q. Brown, Jr. said "this event demonstrated the Air Force's commitment to the nation's nuclear enterprise while ensuring the United States' nuclear deterrent is safe, secure, and effective."