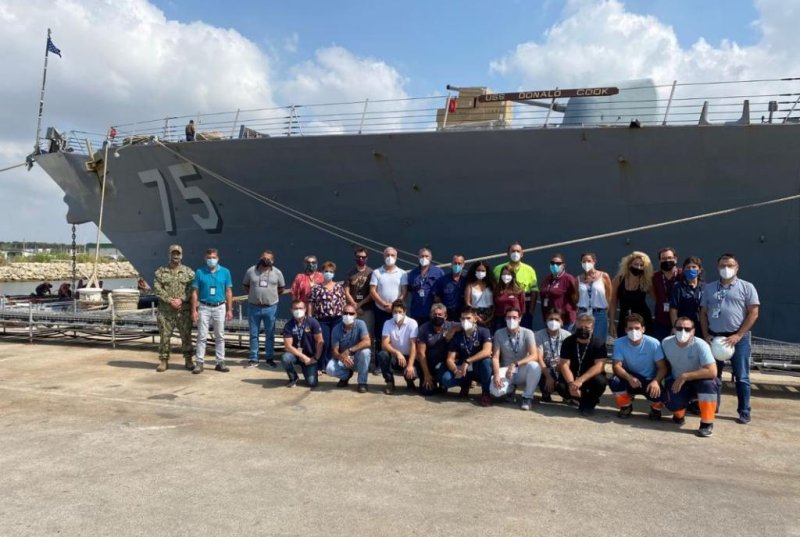 The Forward Deployed Regional Maintenance Center detachment in Rota, Spain, completed the work on the Arleigh Burke-class ship five days sooner than the expected 60-schedule. The SIA, a regular Navy upkeep action, is part of the planned maintenance cycle of all Navy vessels.

"With the early delivery of USS Donald Cook, the Rota team has successfully completed all four of its Fiscal Year 2020 availabilities on time," said Capt. Gustavo Vergara, commanding officer for the maintenance center.

The USS Donald Cook was commissioned in 1998. It is one of four ships in its class homeported in Rota, Spain, and supports NATO regional security with regular patrols in the 6th Fleet's area of responsibility.

"Finishing the availability ahead of schedule is a testament to the maintenance strategy FDRMC Rota is executing to maintain alignment with the requirements of the operational commander," said Cmdr. Luis Socias, FDRMC Rota officer in charge.

In May, the USS Donald Cook was one of five military ships of the United States and Britain to travel to the Barents Sea, in the Arctic Ocean, for exercises. The Russian Defense Ministry quickly announced that the fleet was being closely monitored.