NATO Secretary General Jens Stoltenberg told the Center for European Policy Analysis on Monday that the military bloc needs to partners with other like-minded countries to deal with China. Photo courtesy of NATO

"The rise of China is fundamentally shifting the global balance of power," Stoltenberg told the virtual conference of the Center for European Policy Analysis. "China does not hesitate to use its economic and diplomatic weight to intimidate trading partners and private companies."

"Using NATO more politically is valuable to send a clear and unified political message, because together NATO allies represent half the world's economic and military might. What we say matters," he added.

He noted that although the 30-nation military bloc has a global approach, current challenges require additional cohesiveness, and emphasized the importance of working closely with "like-minded partners" to defend NATO's values.

Stoltenberg also warned that military threats prior to the COVID-19 pandemic have not been reduced, and mentioned that maintaining NATO's strength, strengthening the group politically and using a global approach are necessary to achieve its "NATO 2030" agenda.

As NATO looks to the future, the transatlantic alliance must adapt to the new challenges it will face. At #CEPAForum @NATO @jensstoltenberg outlines 3 priorities for NATO:

Defense News // 19 hours ago
White House notifies Congress of plan to sell F-35s to UAE
Oct. 30 (UPI) -- The White House has informally notified Congress of the proposed 50-aircraft, $10.4 billion sale, which would make UAE the second Middle East nation, after Israel, to own the stealthy F-35 Joint Strike Fighter. 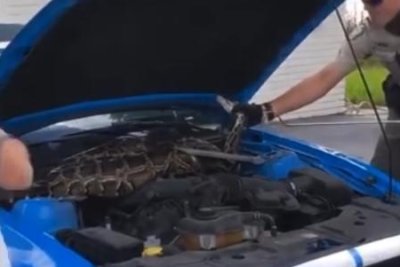