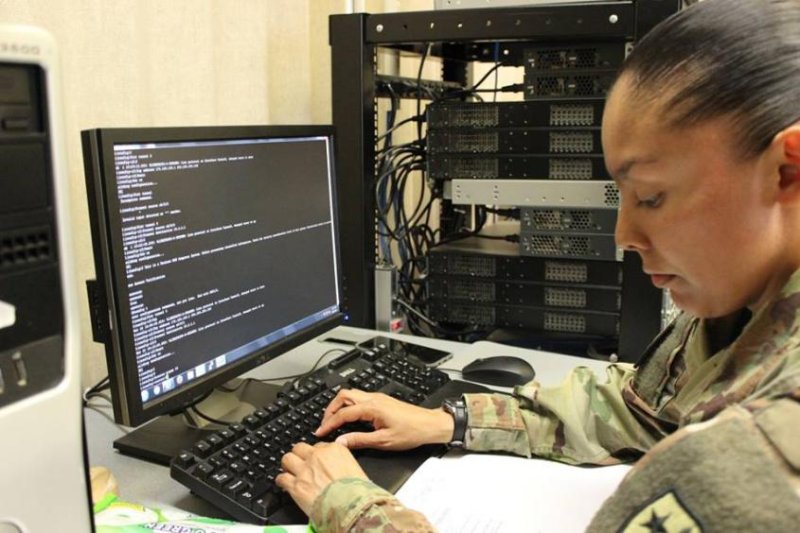 The Pentagon is looking into increasing the cybersecurity of its telecommuting network to allow remote work at higher levels of sensitivity. Photo courtesy of the U.S. Army

July 30 (UPI) -- The Pentagon plans to bolster its cybersecurity in order to allow telecommuting at higher levels of security, according to Defense Chief Information Officer Dana Deasy.

"There's a lot of pilots going on right now on how we pivot [the Commercial Virtual Remote Environment] from an [impact level] 2 world to an [impact level] 5 world between now and, I'm going to say toward the end of this year," Deasy said at a press briefing Thursday.

Deasy called the Commercial Virtual Remote Environment, which was created with Microsoft Teams and supports a million workers using functions like chat and video to meet an collaborate, "an unclassified version of collaboration."

The DoD began rolling out CVR in March with a speed Deasy described then "extraordinary," at one point adding 250,000 new accounts in a day.

That shift was facilitated in part by $300 million the department received for IT as part of Congress' coronavirus relief package..

"The trick in doing that is you don't want to lose the goodness of how we've been able to allow people to work off-net, so to speak, from their home, from their own types of devices," he said.

Deasy said, barring anything unforeseen, the Joint Enterprise Defense Infrastructure, a contract for enterprise cloud services, would be "re-announced"at the end of August.

That contract has been mired in a legal battle between the Pentagon, Amazon and Microsoft due to accusations of improper influence that resulted in Microsoft getting the contract.