Operations to extinguish a fire aboard the USS Bonhomme Richard continued on Wednesday in San Diego. Photo by MCS2 Austin Haist/U.S. Navy

Operations to extinguish a fire aboard the USS Bonhomme Richard continued on Wednesday in San Diego. Photo by MCS3 Christina Ross/U.S. Navy

Operations to extinguish a fire aboard the USS Bonhomme Richard continued on Wednesday in San Diego. Photo by MCS1 Jason Kofonow/U.S. Navy

Two fires are burning aboard the ship, one forward and one aft, and firefighters were only able to access the forward fire on Tuesday, Navy officials said. The amphibious assault ship caught fire on Sunday morning.

Rear Adm. Philip Sobeck, Expeditionary Strike Group 3 commander, said that the fire was first reported in a lower cargo area where ship maintenance supplies, including cardboard and rags, were stored.

He noted that the ship's million-gallon fuel tanks were "well below any active fires or heat sources,"and not currently vulnerable to the fire.

"The ship is stable and the structure is safe," he added.

The intense heat of the fire has made access to the ship difficult. Reducing the heat aboard the ship, which the helicopter bucket drops have helped, allows firefighters to go aboard to internally deal with the fire.

Since Sunday, 40 Navy personnel and 23 civilians have been treated for injuries including heat exhaustion and smoke inhalation. No personnel are currently hospitalized, the Navy said in a statement on Wednesday.

Civilian firefighters from the San Diego area, and over 400 Navy personnel from 12 San Diego-based ships, are involved in dealing with the smoky fire.

The USS Bonhomme Richard, 844 feet in length, is a Wasp-class amphibious assault ship that is usable as a helicopter carrier and as a launch vessel for amphibious landing craft. It was commissioned in 1998. 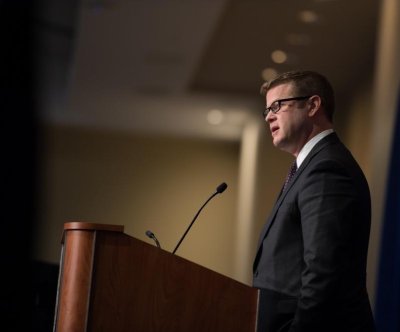 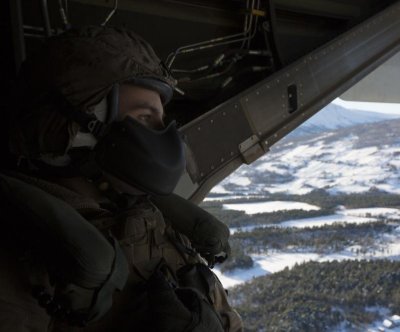