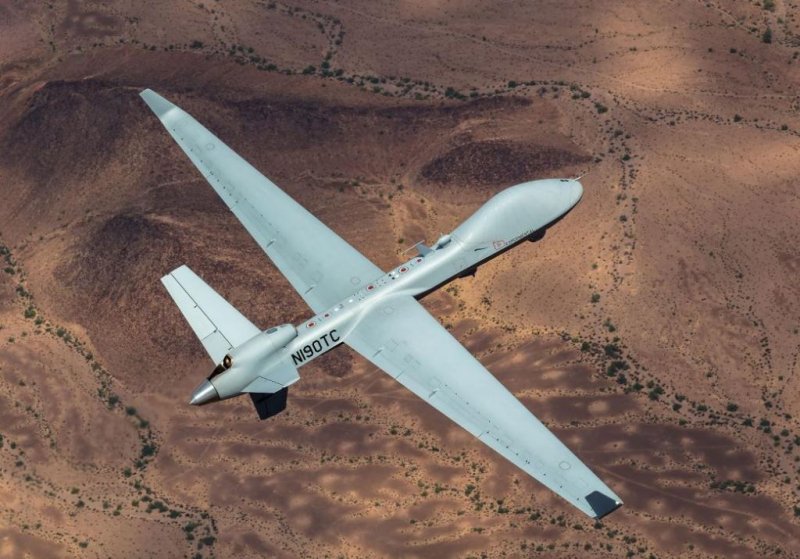 "The U.K. is proving once again that we are a world leader in defense technology," said Defense Minister Ben Wallace on Wednesday at the virtual 2020 Air and Space Power Conference. "Protector will provide the RAF [Royal Air Force] with vast global reach, meeting the U.K.'s defense and security needs for decades to come, and provides another increase to the unmanned inventory for the armed forces.

The aircraft is a modification of the MQ-9B drone,and features a 66-foot wingspan and the capability of traveling 300 mph.

It can carry a 3,900-pound payload of missiles and bombs, but most crucially is the first unmanned air vehicle to be certified as an RPAS, or remotely powered air system.

The drone's "detect and avoid" technology enables it to fly in busy airspace, including civilian airspace, the ministry said in a statement.

"This aircraft will upgrade a whole range of lethal capabilities allowing us to control, protect and manage the battlespace from the air for hours on end," Wallace said.

The contract includes an option to build 13 more Protectors for the RAF, as well as four ground control stations. It will be deployed by 2023 to the RAF base in Waddington, England.

The purchase comes as the British military shifts away from conventional military technologies to focus on space, artificial intelligence and cyber warfare.

The country's armed forces have been reduced in manpower and equipment as obsolete equipment is sold, and the defense budget has declined in light of the COVID-19 pandemic, officials have said.