In her new position, Bass will be the public face of enlisted airmen, and the personal advisor to incoming Air Force Chief of Staff Gen. Charles Brown and Air Force Secretary Barbara Barrett.

Bass will focus on issues related to the welfare, readiness and morale of enlisted personnel.

Brown, additionally, will be the military's first African-American service chief when he is sworn in, in August.

She and Brown "will be responsible for addressing racial disparity in the Air Force," the Air Force said Friday.

"I'm honored and humbled to be selected as the 19th Chief Master Sergeant of the Air Force, and follow in the footsteps of some of the best leaders our Air Force has ever known," Bass said in a statement.

"The history of the moment isn't lost on me; I'm just ready to get after it. And I'm extremely grateful for and proud of my family and friends who helped me along the way," Bass said.

Brown said that Bass has the skills and temperament the new job requires, as well as an outlook on leadership similar to his own.

"I could not be more excited to work side-by-side with Chief Bass," Brown said. "She has unique skills that will help us both lead the Total Force and live up to the high expectations of our airmen. She is a proven leader who has performed with distinction at every step of her accomplished career."

Bass, the product of a military family, began her career in 1993.

CMSAF 19 is Chief JoAnne Bass! Gen Brown knocked it out of the park with this selection - Proud moment in history, Great to be an Airman! pic.twitter.com/3MPRYKn5g8— Kaleth O. Wright (@cmsaf18) June 19, 2020

Defense News // 22 hours ago
Wake Island Airfield undergoes $87M upgrade
Oct. 19 (UPI) -- The Wake Island Airfield, regarded as among the most isolated installations in the U.S. military, is undergoing an $87 million upgrade, the Air Force said.

Defense News // 23 hours ago
NATO space center to be built at Allied Air Command in Ramstein
Oct. 19 (UPI) -- NATO is expanding its defense alliance to space, and is expected to announce construction of a "space center" at Ramstein, Germany, this week. 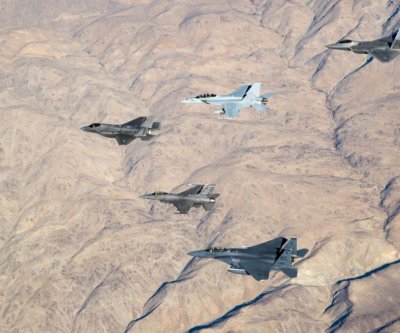 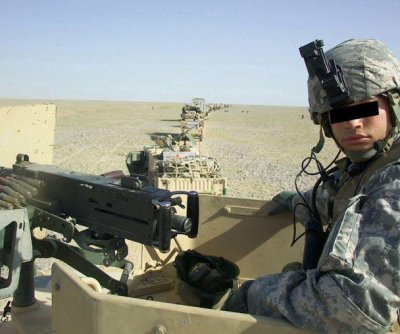