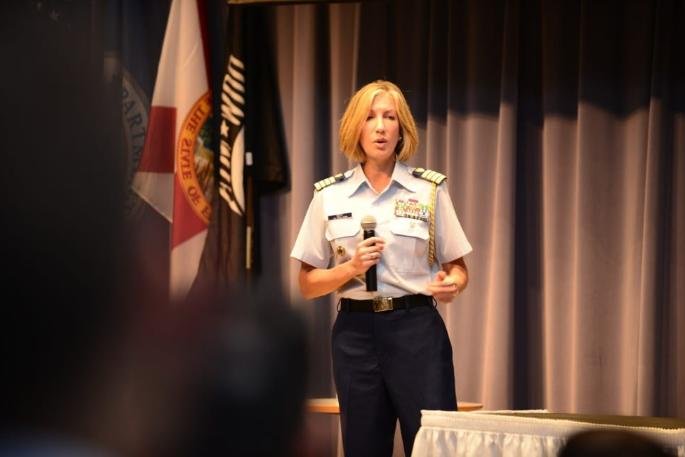 Rear Adm. Melissa Bert was named as the U.S. Coast Guard's judge advocate general and chief counsel, the top legal position in the service branch. She is the first female to hold the position. Photo by PO2 Anthony Soto/USCG

She previously was director of governmental and public affairs for the Coast Guard, responsible for dialogues with Congress, the media and other inter-governmental entities.

Bert was also chief of the Coast Guard's Maritime and International Law Office, supporting U.S. engagement with the International Maritime Organization and providing legal advice on a variety of policies.

In her new position, announced on Friday, Bert will preside over all legal services in support of the Coast Guard's missions.