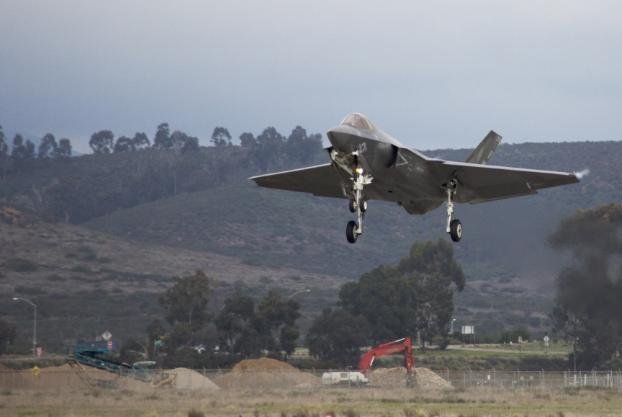 March 23 (UPI) -- The U.S. Marine Corps has declared a F-35C squadron "safe for flight" for the first time, the Marines announced on Monday.

The Safe-for-Flight Operations Certification allows the squadron, known as the Black Knights, to train on, and operate, the planes independently of the U.S. Navy's F-35C fleet replacement squadron.

The certification process requires include the installation and operation of management information systems and their accompanying support networks, establishment of maintenance programs and inspections, and conventional weapons technical proficiencies in accordance with Naval Air Training and Operating Procedures and Standardization guidelines, the Marines said on Monday in a statement.

"The Black Knights have met or exceeded every challenge faced during this transition, and I am extremely proud to be a part of this fantastic squadron," said Lt. Col. Cedar Hinton, VMFA-314 commanding officer. "Today's achievement marks a significant milestone and the beginning of a new chapter in our storied legacy. The F-35C advances our capability well into the next generation of fighter-attack aircraft and will keep our squadron, and our service, relevant for decades to come."

The F-35C variant of Lockheed Martin's Lightning II Joint Strike Fighter is designed for catapult-assisted take-off and arrested recovery operations from aircraft carriers, and is meant to replace the Marines' aging fleet of F/A-18 Hornet fighter planes. It is also the second-most expensive, on a per plane basis, of the three F-35 variants.

The squadron expects to deploy to a still-unnamed aircraft carrier in 2021.

Only one other squadron, VFA-147 of the U.S. Navy, has achieved the same certification.