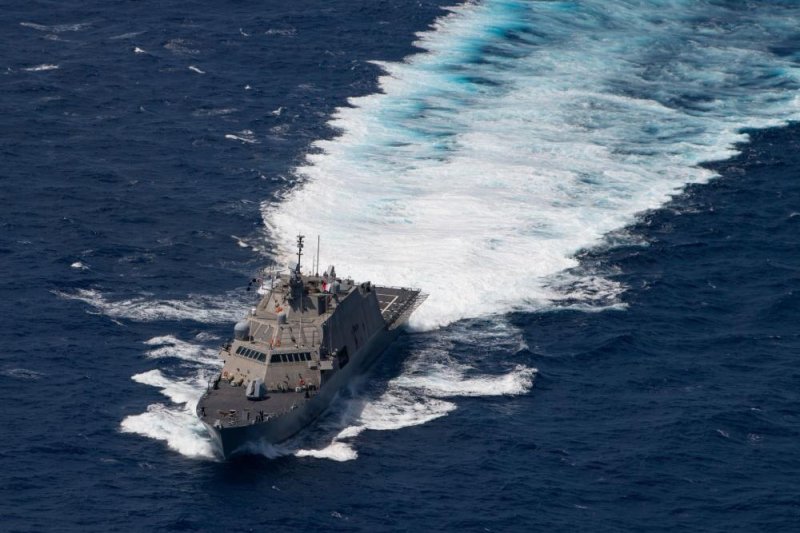 Lockheed Martin won a $22.4 million contract this week to install and test a Layered Laser Defense system on a littoral combat ship while the vessel is underway. Pictured, the Freedom-class littoral combat ship USS Little Rock underway in the Caribbean Sea in February. Photo by Marianne Guemo/U.S. Navy

March 10 (UPI) -- Lockheed Martin was awarded a $22.4 million contract for work on the Layered Laser Defense system prototype onboard a Navy littoral combat ship, the Department of Defense announced.

The deal, announced Monday by the Pentagon, funds integration, demonstration, testing and operation of the LLD weapon system on board a vessel while the ship is underway.

The work includes development of a prototype structure and enclosure to protect the LLD from the ship's motion and the maritime environment, as well as system integration and tests with government-furnished equipment.

The Pentagon's announcement does not name the vessel involved in the project, but in January the Navy announced the USS Little Rock would receive a laser during its upcoming deployment.

While the Navy continues to push ahead with laser systems -- work on the newly awarded LLD contract is do to be finished by June 2021 -- it is not the only one the branch is pushing forward on.

In February, the branch also announced it had installed an Optical Dazzling Interdictor laser system on the USS Dewey to combat aerial drones.

The installation is the first operational deployment of the ODIN following what officials called an accelerated schedule to deliver the anti-drone laser to the Navy.