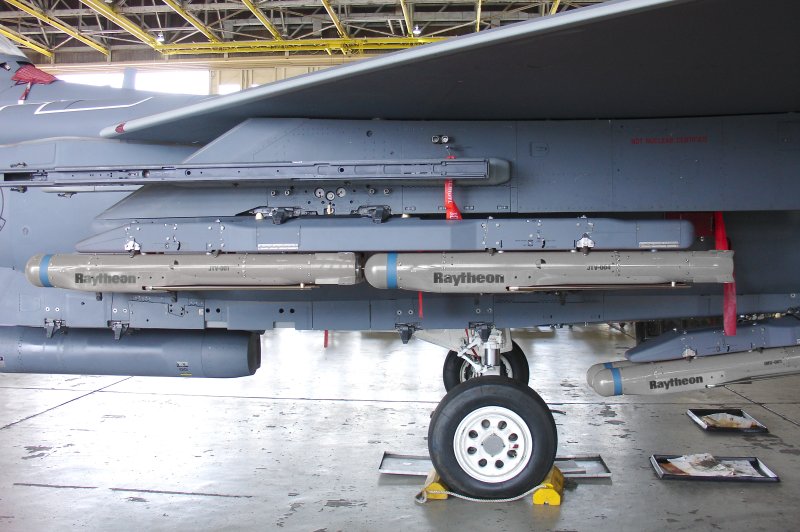 Feb. 27 (UPI) -- Raytheon has been awarded a $15 million increase to a previous contract for Small Diameter Bomb II technical support, increasing the total value of the contract to $115 million, the Department of Defense said.

The CGU-53 StormBreaker, also known as the Small Diameter Bomb II, is an air-launched, precision-glide bomb that can can use GPS/INS to guide itself into the general vicinity of a moving target during the initial search phase. It entered into operational testing in 2018.

The Air Force plans to use the bomb on F-15E Strike Eagles, and the Navy and Marines intend to use it on their versions of the F-35 Joint Strike Fighter, with the Navy also integrating the SDB II onto the F/A-18 Super Hornet jets and the F-35B and C fighters.

This week's contract provides for technical support throughout engineering and manufacturing development, production and sustainment phases, and will be performed in Tucson, Ariz.

The expected completion date for this contract is July 25, 2024.