On Feb. 9, a team from the USS Normandy interdicted a stateless dhow -- a simple, traditional sailing vessel -- and seized 150 Dehlavieh, Iranian-made copies of the Russian Kornet anti-tank guided missile, and three Iranian-designed and manufactured 358 surface-to-air missiles, the U.S. Central Command spokesman said during the briefing.

It also included components for unmanned maritime systems, as well as Iranian-manufactured thermal scopes and scopes from a third party.

Urban said the "direct or indirect supply, sale or transfer" of weapons to the Houthis is a violation of a U.N. Security Council resolution.

But he demurred when pressed for details on how U.S. officials can say with certainty that the materiel were shipped directly by Iran and not intercepted by a third party.

"If the weapons were manufactured in Iran, then they came from Iran," Urban said. "And certainly 150 anti-tank guided missiles do not just walk away. They are illicitly smuggled for a purpose, and that purpose is the spread of lethal assistance to the Houthis, to Iranian proxies. There's not a plausible explanation on how these weapons got onto a vessel in Yemen without the sanction of the Iranian government."

The February interdiction is the second seizure of Iranian-made arms in recent months, and, according to Urban, the sixth in the past five years.

Iran has historically backed the Houthi rebels in Yemen's civil war, which began in 2015 when Houthis ousted the internationally recognized Yemeni government.

The war, which has displaced 3.3 million people, is considered the by United Nations to be the world's worst humanitarian conflict. 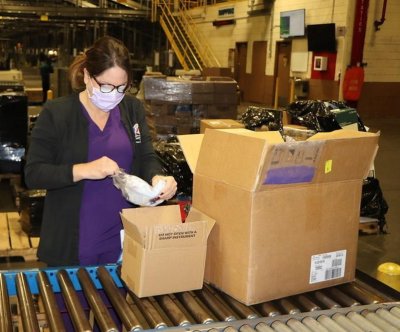