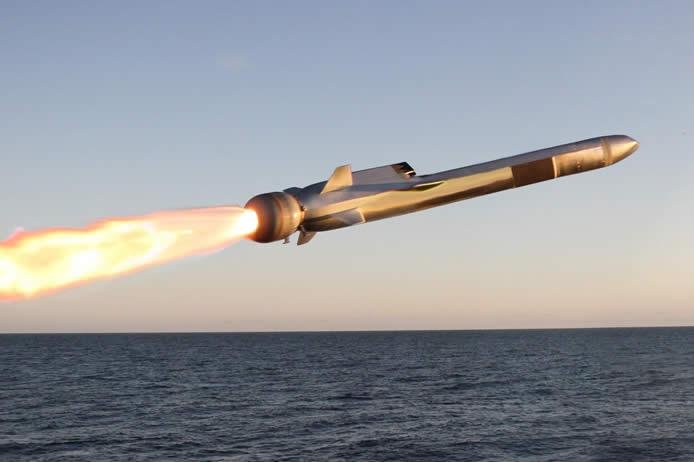 Raytheon was awarded a $35.9 million contract for over-the-horizon strike missiles for the U.S. Navy. Photo courtesy of Raytheon

Feb. 13 (UPI) -- Raytheon has been awarded a $35.9 million contract modification to provide over-the-horizon weapon systems to the U.S. Navy, according to the Department of Defense.

The deal, announced Wednesday by the Pentagon, funds the manufacture and delivery of encanistered missiles to loaded into launching mechanisms and a fire control suite, as well as mission support equipment, training equipment and courses and cost-only travel and other related costs.

The Navy selected the Naval Strike Missile for its over-the-horizon program on littoral combat ships and future frigates in 2018 after several companies dropped out of bidding for the program in 2017.

The deal is being executed through a partnership with the Norwegian defense contractor Kongsberg Gruppen, which designed the missile for Norway's frigates and patrol ships. Raytheon said the original NSM was chosen for the U.S. Navy offering because of an unmatched ability to penetrate enemy defense systems.

Kongsberg also worked with Raytheon to add over-the-horizon missiles to the littoral combat ship the USS Gabrielle Giffords in 2019, and the two companies have partnered on other missile projects dating back to 2014.

The bulk of work on the contract -- 75 percent -- will be performed in Norway, with other tasks being performed in Tucson, Ariz., and a variety of other U.S. and European locations.

Defense News // 42 minutes ago
Comfort, Mercy take small number of referral patients so far
April 2 (UPI) -- The Navy hospital ships deployed in March to help cope with an expected overflow of patients due to COVID-19 have treated less than 20 patients combined since they started

Defense News // 4 hours ago
Navy accelerating large contracts to mitigate effects of COVID-19
April 2 (UPI) -- A top Navy official said this week the branch will award some contracts earlier than planned in an effort to offset the impact of the coronavirus pandemic on the defense industry.

Defense News // 21 hours ago
Lockheed nabs $818.2M to produce JASSMs for Air Force, allies
April 1 (UPI) -- Lockheed Martin has been awarded an $818.2 million contract for production of Joint Air-to-Surface Standoff Missiles for the U.S. Air Force and allied militaries, according to the Pentagon.

Defense News // 22 hours ago
Navy working to isolate, test sailors amid COVID-19 outbreak on USS Roosevelt
April 1 (UPI) -- The Navy and local government officials in Guam are working to isolate and test crew members on the aircraft carrier USS Theodore Roosevelt, which is currently docked in the territory amid a coronavirus outbreak, officia 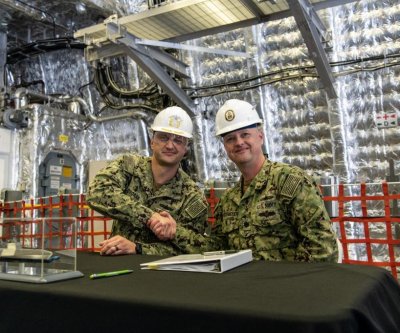