France to add 600 troops to fight insurgents in Africa

They will be deployed by the end of February in the border zones of Mali, Burkina Faso and Niger, the transition point between the Sahara Desert and Africa's subtropical plains, Parly said on Sunday. It is the site of increasing violence by groups aligned with the Islamic State and al-Qaida.

Mohamed Ibn Chambas, the United Nations' envoy for West Africa said in January that attacks have increased fivefold in the area since 2016, and over 4,000 deaths were reported in 2019. He cited "the growing ambition and reach of terrorist groups in the Sahel and West Africa," leading to the undermining of fragile governments.

In a mission known as Operation Barkhane, France's military seeks to reinforce and reorganize its anti-terrorism actions in the region after 13 troops died in November in an aircraft collision. France has lost 41 troops in total since 2014.

The announcement comes days after Parly, in Washington to meet with U.S. Defense Secretary Mark Esper, urged the United States not to pull its own troops from the region. The U.S. Defense Department's review of troop presence around the world is expected to recommend that troops be removed from Africa and focus resources on China.

Defense News // 3 hours ago
In open letter to Navy, McPherson pledges to support sailors' safety
April 9 (UPI) -- The Navy's new Acting Secretary sent an open letter to Navy personnel and their families Thursday ensuring he would do "everything in my power to support your efforts and safety, and the safety and well-being of your fam 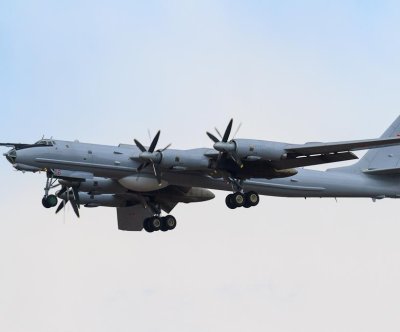