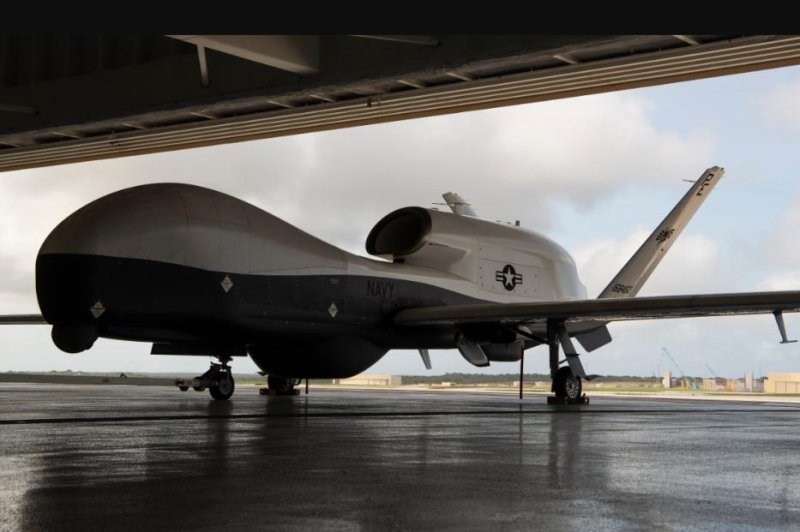 Jan. 27 (UPI) -- The first squadron of the U.S. Navy's MQ-4C Triton unmanned aerial system arrived in Guam for its initial deployment, the Navy announced on Monday.

The two-aircraft squadron, with two more expected to join, is stationed at Guam's Andersen Air Force Base under control of the Navy's Task Force 72.

"The introduction of MQ-4C Triton to the Seventh Fleet area of operations expands the reach of the U.S. Navy's maritime patrol and reconnaissance force in the Western Pacific," Capt. Matt Rutherford, commander of CTF-72, said in a statement. "Coupling the capabilities of the MQ-4C with the proven performance of P-8, P-3 and EP-3 [airplanes] will enable improved maritime domain awareness in support of regional and national security objectives."

The two aircraft were delivered to the Navy in November.

"This aircraft represents the beginning of a new era for naval aviation," said Doug Shaffer of Northrop Grumman said at the time. "Triton is a high-altitude, long-endurance unmanned system that delivers a critical autonomous capability to the Navy, expanding the service's maritime patrol mission. We are proud to be a part of this historic program."

Northrop Grumman received a $19.9 million contract with the Navy in April 2019 for engineering work on the MQ-4C Triton, and a $49.4 million contract the following month for parts, material and labor for maintenance.