North Dakota-based Fisher Sand & Gravel has received a $400 million contract to construct a 31-mile section along the U.S.-Mexico border in Arizona. A section of border fence is pictured in June on the beach at International Friendship Park in Imperial Beach, California. File Photo by Kevin Dietsch/UPI | License Photo

Dec. 3 (UPI) -- Fisher Sand and Gravel Co. has been awarded a $400 million contract to design and build a 31-mile section of the proposed wall along the U.S.-Mexico border.

The deal, announced Monday by the Department of Defense, covers the design and construction of wall along the southern perimeter of Cabeza Prieta National Wildlife Refuge in Yuma County, Ariz.

The Army Corps of Engineers solicited five bids and received three for the contract, with work expected to be finished by Dec. 30, 2020.

The North Dakota-based construction firm has received public plaudits from the Trump administration, and CEO Tommy Fisher has said his firm can work five to 10 times faster than competitors as a result of its construction process.

The company is currently building three miles of wall on private land for the group We Build the Wall, a non-profit organization that uses private donations to support President Trump's push for a physical barrier along the southern border. Former White House strategist and immigration hardliner Steve Bannon sits on its board of directors.

Fisher has sought government contracts for the border wall that was a centerpiece of President Donald Trump's presidential campaign since at least 2017, when it debuted a prototype for the wall.

In April, the company sued the federal government over its bidding process for an $800 million contract for the border wall. That case was terminated by a judge's ruling in may.

The company also has a history of red flags, including environmental and tax violations that have netted it more than $1 million fines and landed a former co-owner of the company in prison for tax fraud. 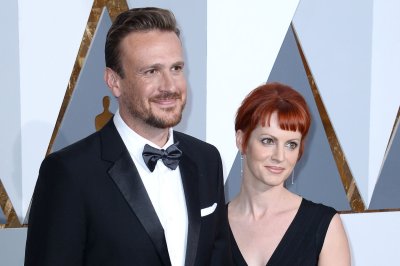