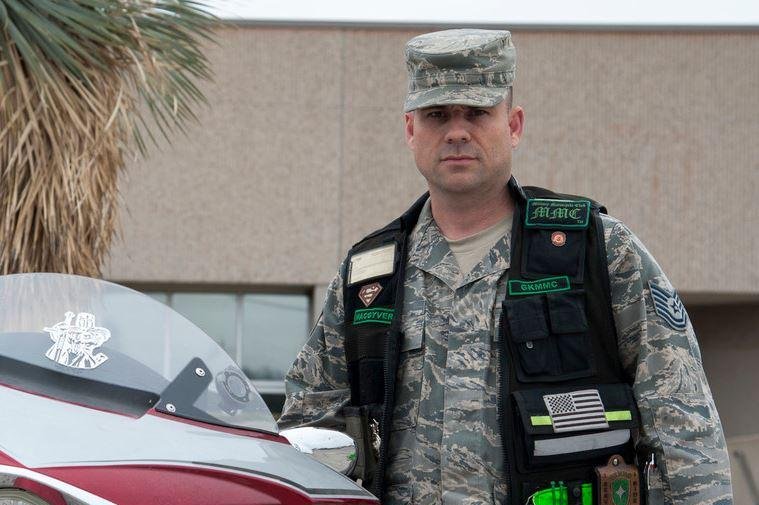 Oct. 18 (UPI) -- The U.S. Air Force, with 22,000 motorcycle riders among its personnel, said it saw a 69 percent reduction in motorcycle accident fatalities in the past 10 years.

Fatalities dropped from 13 in Fiscal Year 2010 to four in FY19, the Air Force announced on Friday, adding that the branch has seen a decline of 41.9 percent in lost-time injuries over that period.

The record compares to a slowly increasing rate nationally. Between 2010 and 2019 the national motorcycle fatality rate stayed between 4,295 and 4,990, with the exception of 5,286 in 2016, the National Transportation Safety Board statistics indicate.

Defense Department guidelines, in place since 2013, require Air Force personnel to take repeated training courses and wear protective clothing, including a helmet, while riding a motorcycle. The rules apply whether the rider is on- or off-base, and regardless of whether a particular state requires wearing a helmet.

"If you want to ride a motorcycle while in the Air Force, you have to be familiar with our training ranges, courses and motorcycle safety reps," said Michael Ballard, Air Force chief of occupational safety. "The Air Force takes the lifelong learning approach seriously and the data shows it. Not only do we put the training opportunities in front of our riders often, but we try to make sure they have a great time doing it."

"Even if you are an experienced rider, you still have to follow the rules," said Marvin Joyce, 502nd Air Base Wing Safety Office occupational safety specialist at Joint Base San Antonio, which is located in a state which does not require a helmet. "The rules are there for a reason. It's there to make sure no one gets injured."

Defense News // 5 hours ago
800 paratroopers return to Ft. Bragg after January deployment to Middle East
Feb. 20 (UPI) -- About 800 soldiers who rapidly deployed into the Middle East in January returned to Fort Bragg, N.C., Thursday, according to Army officials.