The Air Force said that a focus on readiness and capability has allowed deployed squadrons of the fifth generation fighter aircraft to complete missions and surpass goals set by the Pentagon. 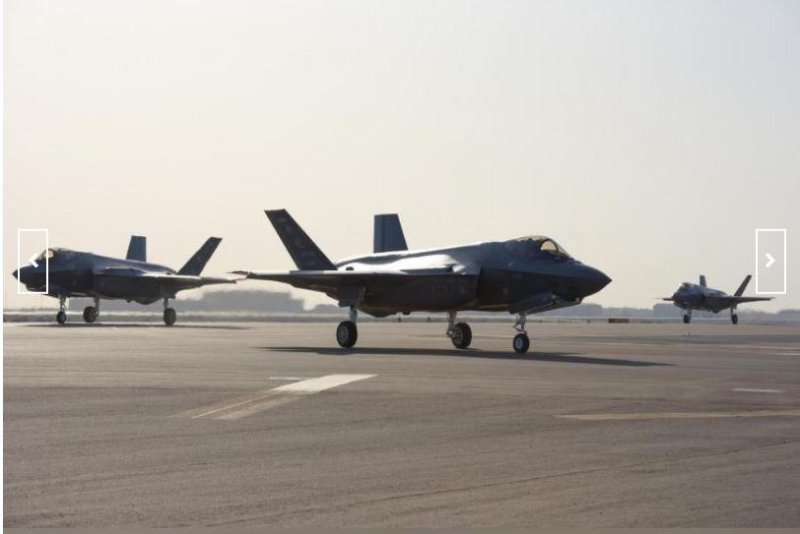 Officials said all three squadrons of the 388th Fighter Wing were involved in missions and exercises away from home this summer, operating in nine countries, meeting goals set out by now-former Secretary of Defense Jim Mattis.

But on a single day in September, two of the squadrons were at a 90 percent capability rate while the third was above 80 percent, the Air Force said.

"This is a reflection of processes that are on the right track. It took hard work and there will be a lot of naysayers, and many people don't understand the trajectory the program is on," Miles said in a press release.

In total, nearly 70 F-35As of the three squadrons have been operating away from their home bases, with commanders saying the wing met all requirements.

"It was a team effort, and I'm proud of our folks," said Col. Steven Behmer, 388th Fighter Wing commander. "We're focused on maintaining and improving every aspect of readiness -- training, manning and developing our people and tactics to meet current threats. Our maintainers are doing a great job providing the sorties we need to do just that."

The successes of the summer are an improvement over training, maintenance and supply chain issues of the recent past.

Also, the Department of Defense had a repair backlog of about 4,300 F-35 parts." It referred to the planes' readiness rate as "abysmal," which prompted Mattis to demand the capability rate of 80 percent.

Current Defense Secretary Mark Esper said in July, however, that the fleet of F-35s of the Army, Navy and Marines "is not expected" to meet Mattis's goal of readiness -- though it appears they're working to meet the goal anyway.

"We're not seeing the same problem parts and issues that we did in the past," Miles said of newer aircraft completed by manufacturer Lockheed Martin. "Problems sent in from the field are being addressed, and solutions are woven into the production line. I like the trajectory we're currently on. There have been some valleys, but our overall experience shows we're on a readiness incline."