Sept. 20 (UPI) -- The U.S. Navy awarded a contract to eight companies for worldwide work on its C4ISR platforms that is potentially worth up to $968.1 million.

The contract, announced on Thursday by the Department of Defense, covers installation of all shore-based command, control, communication, computers, intelligence, surveillance and reconnaissance platforms worldwide.

The companies will compete for task orders over the course of the 10-year indefinite delivery/indefinite quantity contract.

The deal covers an five-year initial term, with another five years as an option, which would have the contract run through September 2029. 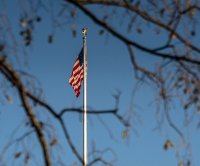