The confirmation came after Gen. Kenneth McKenzie, chief of CENTCOM, and other top U.S. commanders met with Bahrain's king in the capital, Manama. Bahrain is the headquarters of the U.S. Fifth Fleet.

"U.S. Central Command welcomes the Kingdom of Bahrain into the International Maritime Security Construct. I appreciate His Majesty King Hamad bin Isa Al-Khalifa's decision to join the United Kingdom and the United States in taking an active role in preserving the freedom of navigation, promoting maritime security and de-escalating regional tensions," a CENTCOM statement said.

The Bahraini government confirmed its involvement in the coalition.

"The King confirmed the Kingdom of Bahrain's participation in the joint effort to preserve the safety of international maritime navigation and secure international corridors for trade and energy in the region," the official Bahrain News Agency reported.

The United States has worked to persuade allies to join a coalition, begun in July, protecting commercial vessels traveling through the Gulf region amid heightened tensions with Iran. The plan envisions coalition partners escorting ships through the region. The U.S. military would offer intelligence, surveillance and reconnaissance support. European allies, though, have been reluctant to join, fearing harm to efforts to save the Iran nuclear deal. President Donald Trump withdrew the United States from the accord in 2018.

Earlier this month, U.S. Defense Secretary Mike Esper offered optimism that a coalition could be expanded.

"We had various degrees of commitment, so I think we'll have some announcements coming out soon in the coming days where you'll see countries begin to sign up," Esper said. 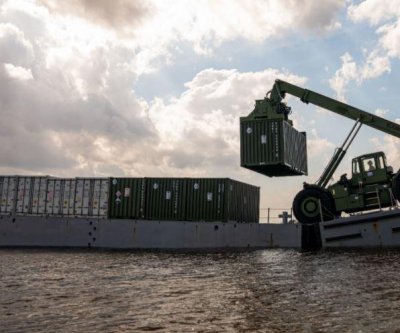