The company, based in Poway, Calif., will manufacture unique initial spares and ground support for the aircraft, known as the Gray Eagle. The announcement was made Tuesday.

The drone aircraft, 26 feet long and with a 56-foot wingspan, was introduced in 2009 and has received regular upgrades since.

With a diesel-piston motor powered by jet fuel, it is regarded as a long-endurance, armed, unmanned aircraft system that offers greater range, altitude and payload flexibility over earlier systems. It can carry weapons as well as surveillance equipment and has been in use in Iraq, Afghanistan and South Korea.

In March 2017, the U.S. Army began plans to permanently station the MQ-1C Gray Eagle at Kunsan Air Base, South Korea, and the construction of hangars and supporting facilities at the base.

In June, the company won a $21.9 million contract for support services on the aircraft. 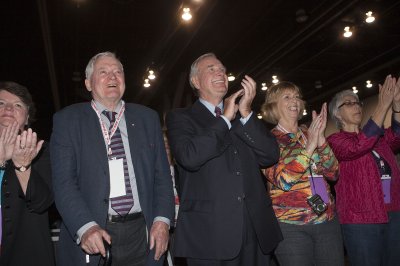