The defense ministers of Belgium, France, Italy, the Netherlands, Poland, Portugal, Spain and Finland signed the agreement at a meeting in Brussels, Belgium. Finland is a partner nation.

NATO Deputy Secretary General Rose Gottemoeller said at the signing ceremony that the memorandum was "a significant first step towards establishing European stockpiles of high quality maritime munitions. In time, this initiative will enhance our forces' interoperability, our ability to share munitions, and our capacity work together in an effective and efficient way."

As part of the agreement, the eight nations plan to cooperate in acquiring maritime munitions in an effort to achieve economies of scale with associated lower unit prices. In addition, they also will discuss other cooperation aspects in munitions, including common warehousing.

Munitions include surface-to-air and surface-to-surface missiles, torpedoes and gun shells.

And also during the summit last year, 16 NATO members and three partner nations -- Austria, Finland and Macedonia -- signed a memorandum of understanding on multinational cooperation for land battle decisive munitions.

In January, Denmark, France and the Netherlands become the first nations to receive shipments of new anti-tank weapons under the NATO multinational sharing project.

Land munitions, including mortars, artillery shells, rockets and missiles, are produced in the United States.

"This initiative seeks to address a problem that NATO first encountered during the Libya Operation: when some allies ran out of their stockpiles of munitions, they found it incredibly difficult to use those of other air forces," NATO Deputy Secretary General Rose Gottemoeller said last August in a NATO release. "We realized that we needed a new, flexible approach to the provision of air-to-ground precision-guided munitions."

Defense News // 21 hours ago
Pentagon pushes F-35 testing, full-rate production to 2021
Oct. 27 (UPI) -- The Pentagon has delayed plans to move the F-35 program to full-rate production because simulation testing that's needed before that can begin has been delayed until next year. 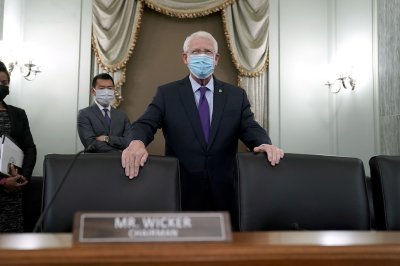