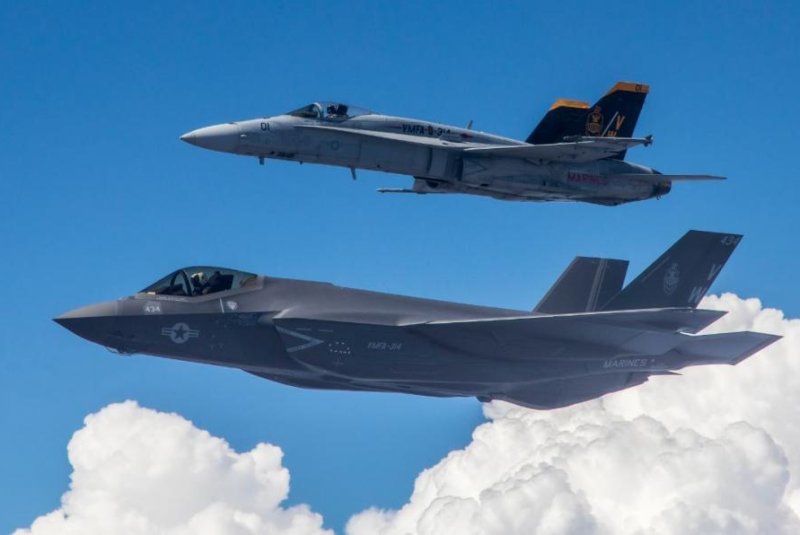 General Electric Co. will produce 42 engines for the F/A-18 fighter planes of the government of Kuwait and the U.S. Navy, the Defense Department announced on Thursday. Photo by Lt. Cmdr. Darrin Russell/U.S. Navy/UPI

The modification to a prior contract calls for 24 F414-GE-400 engines to be delivered to the Navy and 42 to the government of Kuwait by December 2020. Kuwait also will receive two spare and six test engines under the contract. Kuwait will underwrite 69 percent of the figure, or $17.5 million, under the Foreign Military Sales program.

Work will be performed at the GE facility in Evansdale, Ohio, the Defense Department said on Thursday.

The Naval Air Systems Command at Patuxent River, Md., is the contracting agent.

Defense News // 17 hours ago
2 sailors assigned to USS Nimitz test positive for COVID-19
April 8 (UPI) -- The Navy is preparing to deploy the USS Nimitz this month despite the fact that at least two sailors on the aircraft carrier have tested positive for the novel coronavirus.

Defense News // 21 hours ago
Lockheed Martin awarded $167.5M for 48 LRASMs for Air Force
April 8 (UPI) -- Lockheed Martin was awarded a $167.5 million contract this week to provide 48 Long Range Anti-Ship Missiles for the Air Force, according to the Department of Defense.