The aircraft, and pilots, crewmen and technicians of the 421st Fighter Squadron traveled to Spangdahlem Air Base, Germany, this week, after arriving at Aviano Air Base in Italy on May 23 to participate in the "Astral Knight" exercises with the Italian Air Force. The squadron is expected to remain in Germany for the duration of the summer to participate in exercises with other Europe-based military aircraft.

The training is part of a Theater Security Package, and an element of the European Deterrence Initiative. It sustains the U.S. military's rotating presence in Europe, assures allies and deters adversaries, an Air Force statement said on Wednesday.

The 421st Fighter Squadron is the newest fighter squadron in the Air Force to fly F-35As, receiving its first aircraft only six months ago. It currently flies 12 F-35A planes.

"The F-35 is a challenging aircraft to pick up and move because of the amount of equipment fifth-generation maintenance requires," Col. Michael Miles said. "This experience will allow our younger airmen to see how we put a whole deployment together and will make them stronger, particularly as we move forward with combat operations in the F-35." 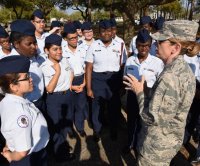 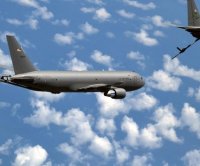