The HARM is a tactical, air-to-surface anti-radiation missile, capable of speeds up to twice the speed of sound. Photo courtesy of U.S. Navy

May 24 (UPI) -- Raytheon Co. was awarded a $355.4 million contract to refurbish AGM-88B missiles for Qatar, Bahrain and Taiwan, the Defense Department announced.

The HARM is a tactical, air-to-surface anti-radiation missile, capable of speeds up to twice the speed of sound. It is designed to home in on electronic transmissions coming from surface-to-air radar systems.

It can, for example, detect, attack and destroy a radar antenna or transmitter by homing in on enemy radar emissions. In use since 1985, the missile is a part of the arsenal of the U.S. military and of several U.S. allies.

The contract was announced Thursday. Work will be performed at Raytheon's Tucson facility and is expected to be completed by 2027. 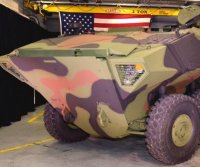 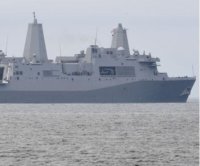 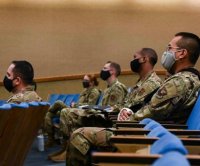