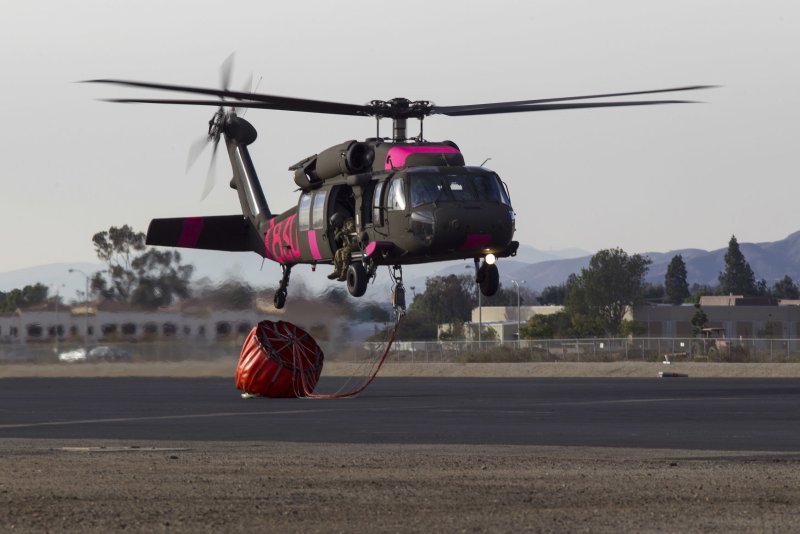 May 7 (UPI) -- The U.S. State Department has approved two possible contracts with Czech Republic worth more than $1 billion for AH-1Z Viper and UH-60M Black Hawk helicopters.

The proposed sales will support the Czech Republic's "need for its own self-defense and support NATO defense goals," according to the agency. They also will support the foreign policy and national security of the United States "by improving the security of a Major Non-NATO ally which is a force for political stability and economic progress in the Middle East," according to the agency.

The Czech Republic is considering the UH-60M or the UH-1Y/AH-1Z to replace its aging Mi-24 helicopters to modernize its armed forces and strengthen homeland defense and deter regional threats, DSCA said.

The UH-60M Blackhawk aircraft serves U.S. military and the armed forces of other countries worldwide as a tough and reliable utility helicopter.

"During the last 40 years, this remarkable aircraft has fought its way in and out of countless combat zones to deliver and extract troops, save lives as a MEDEVAC or casualty evacuation platform, provide critical supplies to troops, deliver emergency supplies during natural disasters, and perform as an aerial firefighter and border patroller," Lockheed Martin, the parent company of Sikorsky, said on its website.

The Viper, which is based on the AH-1W SuperCobra, was developed for the U.S. Marine Corps as part of the H-1 upgrade program. It first flew in 2000.

The AH-1Z Viper, unlike other attack helicopters, has integrated air-to-air strike capability as well as superior air-to-ground anti-armor performance.

"This capability set makes the AH-1Z the ideal platform to meet the requirements of land warfare scenarios in any of the potential hot spots around the world," Bell said of the rotorcraft.

Typhoon Noru bears down on Philippines

Canadian authorities search for woman swept to sea by Fiona