Lockheed Martin developed a new weapons rack that allows the F-35 to carry six missiles instead of four. 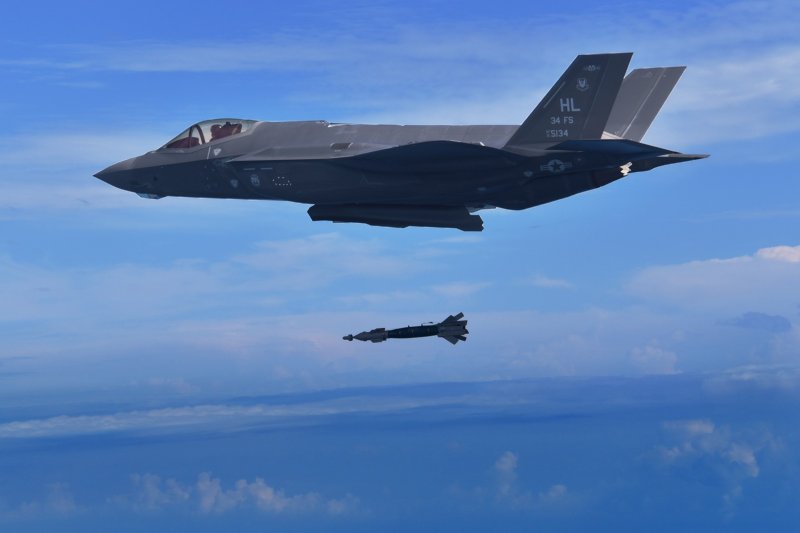 May 3 (UPI) -- Lockheed Martin has developed a new weapons rack -- called a Sidekick -- that allows the F-35 Lightning II joint strike fighter to carry six missiles instead of four.

Each of the two new weapons bays on the Air Force F-35A and Navy carrier-capable F-35C can carry three AIM-120 advanced medium-range air-to-air missiles, or AMRAAM, instead of the current two, the company told reporters Wednesday.

They are not compatible with the Marine Corps F-35B version, because of its smaller weapons bay.

The fifth-generation fighter can carry up to 5,700 pounds of ordnance.

To maintain stealth, the F-35 stores weapons internally. In "beast mode," the aircraft can carry a combined internal and external loadout of 22,000 pounds of weaponry, but doing so dials down the it's stealth advantage.

The F-35 also has external structural capacity for hypersonic weapons.

The upgrade is part of a 10-year Block 4 modernization program for the F-35. Lockheed worked with the Air Force Research Lab to develop and install the system F-35A six years ahead of schedule.

Man who caught Judge's home run ball, worth up to $2M, unsure about what to do

No jail time for hacker behind $250M Capital One data breach