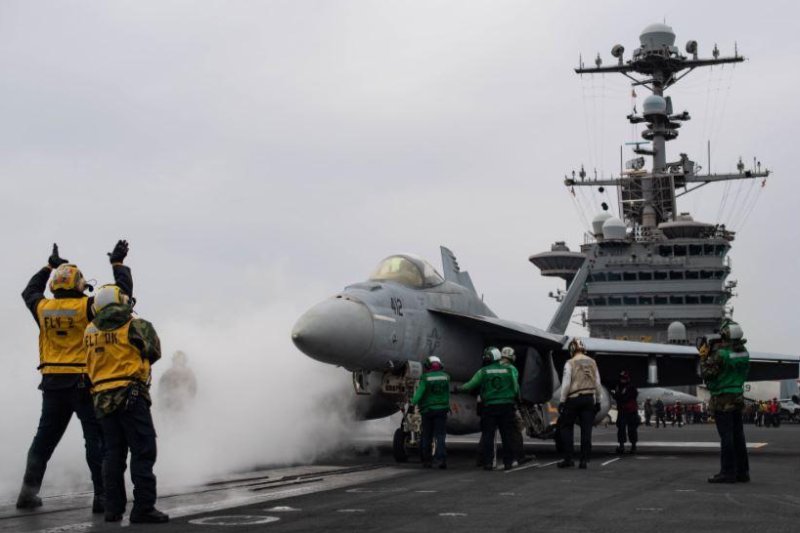 The Lincoln strike group entered Europe en route to the Mediterranean after being deployed on April 1 from its home port in Norfolk. The Stennis deployed from Naval Base Kitsap-Bremerton, Wash., on Oct. 15, 2018.

The last time two carriers operated in the Mediterranean at the same time was in the summer of 2016, when the Dwight D. Eisenhower and Harry S. Truman CSGs were deployed there simultaneously.

"It's a rare opportunity to train with two carrier strike groups together," Vice Adm. Lisa M. Franchetti, commander of U.S. 6th Fleet, said in a news release Monday. "Dual carrier operations here in the Mediterranean showcase the inherent flexibility and scalability maritime forces provide to the joint force, while demonstrating our ironclad commitment to the stability and security of the region."

The groups will work with regional allies and partners at sea.

"These combined operations will enhance combat readiness and interoperability with key allies and partners, and ensure our forces are better prepared to carry out a full range of missions, anytime, anywhere, around the world," Franchetti said.

The Stennis and Lincoln are among 10 Nimitz-class, nuclear carriers in the naval fleet. Each carrier contains around 6,000 crew members, including airwing members.

RELATED USS Eisenhower back at sea after upgrades in Norfolk

They are now part of the U.S. 6th Fleet, headquartered in Naples, Italy.

The two carriers are also shifting home ports. Lincoln is heading to San Diego. After being in the Mediterranean, it will sail in the Red Sea, Persian Gulf, Indian Ocean, South China Sea and Pacific Ocean. The Stennis, meanwhile, will sail to Norfolk after its European tour.

After its deployment, the Stennis will begin its four-year mid-life refueling and complex overhaul at Huntington Ingalls Industries Newport News Shipbuilding in Virginia, USNI News reported.

In 2013, the carrier underwent overhaul for four years, including preparing the ship to accommodate F-35C fighters.

The Truman was the last carrier in the European theater in 2018.

The USS Harry S. Truman and the USS Dwight D. Eisenhower departed within hours of each other from Norfolk earlier this month.