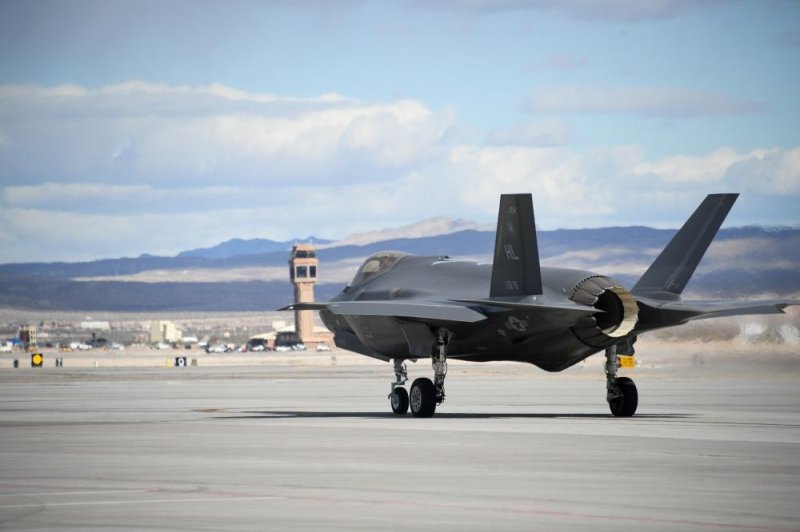 Feb. 18 (UPI) -- Air Force units from Australia and Britain wrapped up more than three weeks of joint training exercises with the U.S. Air Force and Navy at Nellis Air Force Base in Nevada.

Nearly 3,000 personnel from 39 separate units and 95 aircraft participated in the exercises from Jan. 22 to Friday in the Las Vegas metro area. Red Flag was established in 1975 for exercises between U.S. forces and allied nations.

The aircraft were broken into two teams: Nellis AFB-based pilots were specifically trained for the role as adversary, or aggressor, flying different types of aircraft. The Blue Team consists of the various guest "players" in their respective aircraft.

"It's been fantastic having our RAF counterparts here to showcase and participate in RedFlag 19-1," Nellis AFB posted on Twitter.

Secretary of the Air Force Heather Wilson was on hand Feb. 8 to watch the exercises at the 5,000 square miles of base and training range.

The aircraft, flying day and night missions, participated in a wide range of conditions, including 90-minute flights. They didn't lose a single sortie to a maintenance ground-abort.

"It's not like we just come back and high-five if we're successful," Lt. Col. Yosef Morris, the 4th Fighter Squadron commander, said in a Nellis Air Force news release. "Could we have done better? Did we have all the resources we needed? Often the brief and debrief is the most valuable part of Red Flag, especially for younger pilots."

"Overall, we've completed our missions successfully and come away from the exercise confident that we continue to enhance and strengthen our coalition with the United States and United Kingdom," Royal Australian Air Force Group Captain Tayloe said in a RAAF news release. "The training our personnel received while on Red Flag has been integral to developing their skills to operate in a hostile battlespace. The missions were created to test our aircrew in realistic situations, and challenge them in training scenarios that they don't have access to back home.

The squadron used the F-35A Lightning II in an "exponentially more challenging" Red Flag, the military branch said in a news release.

"The first time I came to Red Flag in 2004, our tactics were the same as they had been since the early 1980s. Now, the threat and complexity are at a whole different level," said Col. Joshua Wood, 388th Operations Group commander. "It's no longer assumed that we will gain and maintain air superiority. That's a big shift."

During the first week, the F-35 pilots flew in a larger force of Blue Air in a counter-air mission. More than 60 aggressor aircraft were flying against them, blinding many of the fourth-generation aircraft with "robust" electronic attack capabilities.

"I've never seen anything like it before." Wood said. "This is not a mission you want a young pilot flying in. My wingman was a brand new F-35A pilot, seven or eight flights out of training. He gets on the radio and tells an experienced, 3,000-hour pilot in a very capable fourth-generation aircraft. 'Hey bud, you need to turn around. You're about to die. There's a threat off your nose.'"

The young pilot then "killed" the enemy aircraft and had three more kills in the hour-long mission.

Thirteen pilots in the squadron have never flown the F-35 in Red Flag, and four just graduated from pilot training.

"Red Flag affords us the ability not only to participate in the best air combat exercise in the world but also to do so with other complimentary RAF ISTAR platforms in an exercise scenario representative of the issues NATO and Europe face today," Phil McConnell, the commanding officer with 51 Squadron said in a news release.