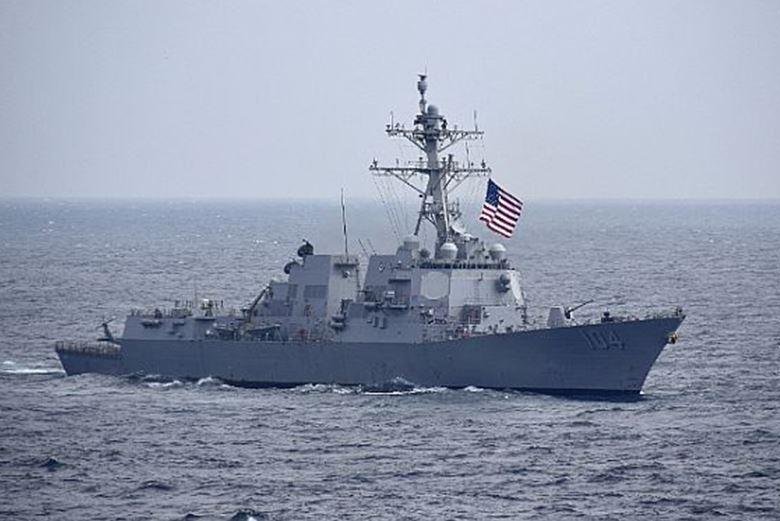 The U.S. Navy confirmed the success of the destroyer USS Dewey in firing projectiles at hypersonic speed through its existing main deck gun during summer exercises in the Pacific Ocean. Photo courtesy of MCS Daniel Burke/U.S. Navy/UPI

Twenty projectiles were successfully fired at near-hypersonic speed from the USS Dewey's standard Mk 45, five-inch main deck gun during the "Rim of the Pacific" exercises off Hawaii, the USNI News reported.

It was an attempt to learn if the 40-year-old gun's utility could include a high-tech, low-cost weapon against cruise missiles and unmanned aerial vehicles.

In October, the Congressional Research Service said in a report that the new weapon, called an HPV or hypervelocity projectile, was designed for a railgun, a device using electromagnetic force to launch projectiles by means of a sliding armature.

Shot from the deck gun, the payload can travel as fast as Mach 7.4, or over 2,400 mph at sea level. The system is under consideration, as is a laser guided system and the railgun approach.

The "gun-launched guided projectile," as the Navy has renamed the system tested at the summer exercises, can be fired using existing and aging guns found on many vessels -- making it considerably less expensive than the other systems under examination.

Defensive missiles cost $800,000 to a few million dollars each, and would have to be used in great number to counter incoming salvos of enemy missiles. The gun-fired guided projectiles, however, cost about $85,000 each, the CRS said.

BAE Systems, developers of the HPV, said it can be used by existing Navy, Marine Corps and Army guns.