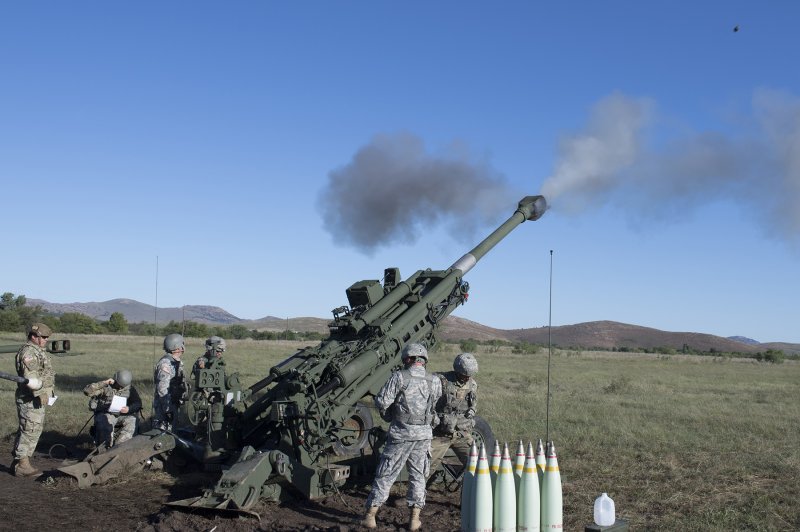 Oct. 10 (UPI) -- Through a NATO-linked contract, the U.S. Army is adding the Bofors 155mm BONUS ammunition to its arsenal for use against heavily armored targets.

BAE Systems announced the deal on Tuesday, saying the newest version of the ammunition is its most useful because of its ability against protected targets, but also because it can be fired from any 155-millimeter artillery system, including the M777 and M109 howitzers.

The United States joins Finland, France, Norway and Sweden in using the ammunition, of which deliveres are expected to take place through 2020. Work on the contract will start immediately, the company said.

"The proven reliability and mission success of BONUS make it an ideal solution for the U.S. Army as it continues to invest in advanced technological capabilities for its forces," Lena Gillström, managing director for BAE's weapon systems business in Sweden, said in a statement.

BONUS carries two smart munitions that each use their own sense to independently seek and destroy targets within a range of more than 344 square feet -- significantly increasing its chance for accomplishing missions over that of regular ammunition.

The ammunition is mostly produced in Sweden by BAE, but components of it also come from France's Nexter, which developed the weapon with BAE.

"The U.S. Army is now joining a number of international counterparts deploying this munition, as interest in BONUS continues to grow worldwide."

Defense News // 3 days ago
U.S. Space Force to take over SATCOM operations from Army, Navy
Sept. 22 (UPI) -- The U.S. Space Force will take over satellite communications billets, funding and mission responsibility from the U.S. Army and Navy, the Department of Defense announced Wednesday.

Defense News // 4 days ago
U.S. Army finishes exercises in Turkey as part of Europe-focused drill
Sept. 21 (UPI) -- A multinational military exercise intended to improve interoperability between the U.S. Army and allied nations wrapped up its final phase in Turkey on Monday.