Aug. 29 (UPI) -- Phoenix International has received a $29.9 million contract for maintenance and operation of the Navy's Submarine Rescue Diving and Recompression System.

The modification to a previous contract, announced Tuesday by the Department of Defense, will provide support personnel and logistical and other services for the submarine rescue systems.

Phoenix is required to maintain rescue systems are ready for worldwide deployment at any time. The contract includes work for the U.S. Navy and foreign military sales for Malaysia.

Work will be performed in San Diego, Calif., and is expected to be completed by August 2019. Navy and FMS fiscal 2018 funding in the amount of $4.6 million will be obligated at the time of award, with $4.1 million set to expire at the end of the current fiscal year.

The Pressurized Rescue Module is part of the Submarine Rescue System-Rescue Capable System which is needed to recover and rescue personnel from a disabled submarine. It consists of a pressurized rescue module, transfer skirt, control van, umbilical winch, launch and recovery system, deck cradle and the associated support equipment.

The vehicle can submerge up to 2,000 feet for docking and mating. It provides evacuation capabilities, hyperbaric habitat and can transfer personnel to the Submarine Decompression System. The PRM holds up to 16 personnel.

The SRDRS is 49 feet long and can reach a depth of up to 2,000 feet. It is designed to mate with the downed submarine hatch and carry up to 16 crewmen at a time to the surface in a pressurized environment.

It is small enough to be transported by truck and aircraft and is deployed from a surface ship. A repressurization system for the hyperbaric treatment of rescued sailors as it returns to the surface is currently under development. 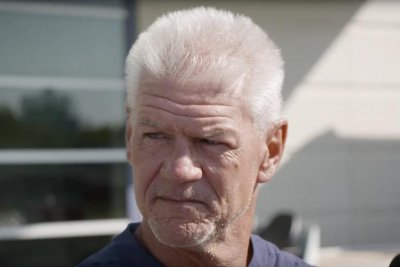