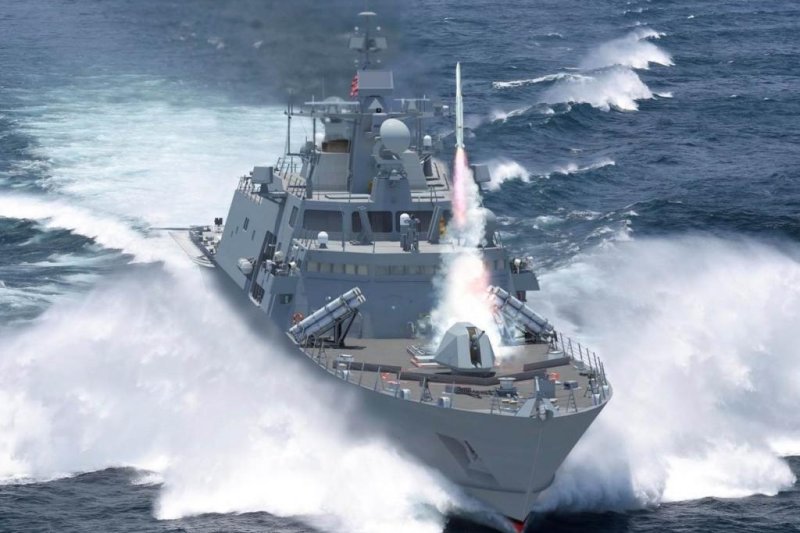 A concept image of the FFG(X) Guided Missile Frigate, currently under design by five separate contractors, which is expected to be an improvement on what are seen as the failings of the Littoral Combat Ship. Photo courtesy of Lockheed Martin

The contracts, announced Monday by the Department of Defense, are for additional FFG(X) design efforts. The five contracts range in value from $6 million to $8 million.

General Dynamics, Huntington Ingalls and Marinette each were awarded contracts worth approximately $7.9 million and were announced separately by the Pentagon. The contracts for Lockheed, at $6.9 million, and Austal, at $6.3 million, do not exceed the $7 million threshold for separate announcements under federal regulations.

Conceptual design efforts will go toward the final specifications that will be used for the Detail Design and Construction Request for Proposal for the required capabilities of the FFG(X).

The FFG(X) Guided Missile Frigate concept is intended to address criticisms of the Littoral Combat Ship's lack of sufficient firepower. It will perform similar missions to the LCS, but with significantly more weapons and capabilities.

The FFG(X) is planned to be outfitted with a Vertical Launch System for a variety of missiles, surface-to-surface missiles such as the Hellfire, anti-submarine systems and other weapons. It will include parts of the AEGIS weapons system currently in use, a helicopter and small boats.

Naval Sea Systems Command expects work on the contracts to be completed by June 2019. Navy fiscal 2018 research, development, test and evaluation funding in the amount of $2.6 million has been obligated at time of award.