Lockheed Martin has received a $28 million contract for the overhaul of the B-2 stealth bomber's defense management system. 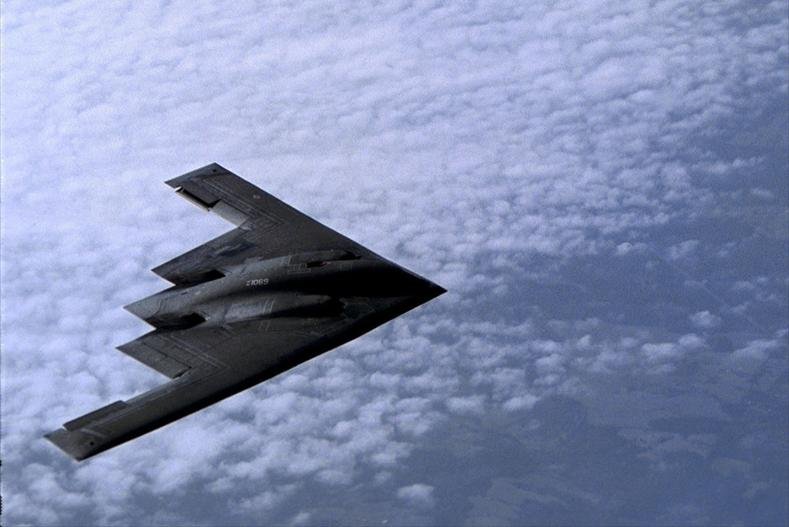 The B-2 Spirit stealth bomber, pictured in flight, is set to receive upgrades to its defense management system, which will further improve its ability to avoid enemy detection. Photo courtesy of the US Air Force

July 10 (UPI) -- Lockheed Martin has been awarded a contract for overhaul of the B-2 stealth bomber's defense management system.

The deal, announced Monday by the Department of Defense, comes under a $28.6 million firm-fixed price delivery order for work on the aircraft's defense system.

The defense management system is designed to allow pilots of the aircraft to recognize and avoid threats. The upgrades include new antennas, processing units and capabilities, as well as new software to integrate new hardware with existing on-board systems.

The B-2 Spirit long-range heavy stealth bomber is tasked with delivering both conventional munitions and nuclear weapons. It is the only class of large stealth bomber currently in use.

The stealth bomber was designed to penetrate heavy Soviet Union air defenses during a potential nuclear conflict and saw its first flight in 1989. Its first combat use was during Operation Allied Force against Serbian targets. It currently operates out of Whiteman Air Force Base, Mo., with 20 aircraft operational.

It can carry most air-to-ground ordinance in use by the U.S. Air Force ranging from conventional bombs to the Massive Ordnance Penetrator for highly fortified targets. It has intercontinental range with in-flight refueling and forms a key part of the United States' airborne nuclear deterrent.

Work on the new contract will be performed in Owego, N.Y., and is expected to be completed by July 9, 2020.

Fiscal 2018 working capital funds in the full value of the contract have been obligated at the time of award.