June 11 (UPI) -- Pentagon officials have announced a new modified contract with Boeing for the manufacture and delivery of F/A-18 Super Hornet variants.

The contract, from Naval Air Systems Command and announced on Friday, is valued at more than $862.2 million and enables Boeing to provide 15 F/A-18E and three F/A-18F aircraft for the U.S. Navy, according to the Defense Department.

Work on the contract will occur in multiple locations across the United States, as well as Canada, and is expected to be complete in June 2020.

The total cumulative value of the contract will be obligated to Boeing at time of award -- the funds will be allocated from Navy fiscal 2018 aircraft procurement funds, the Pentagon said.

None of the obligated funds will expire at the end of the current fiscal year. 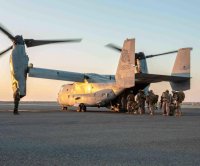 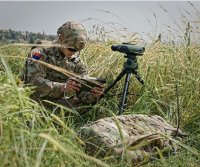